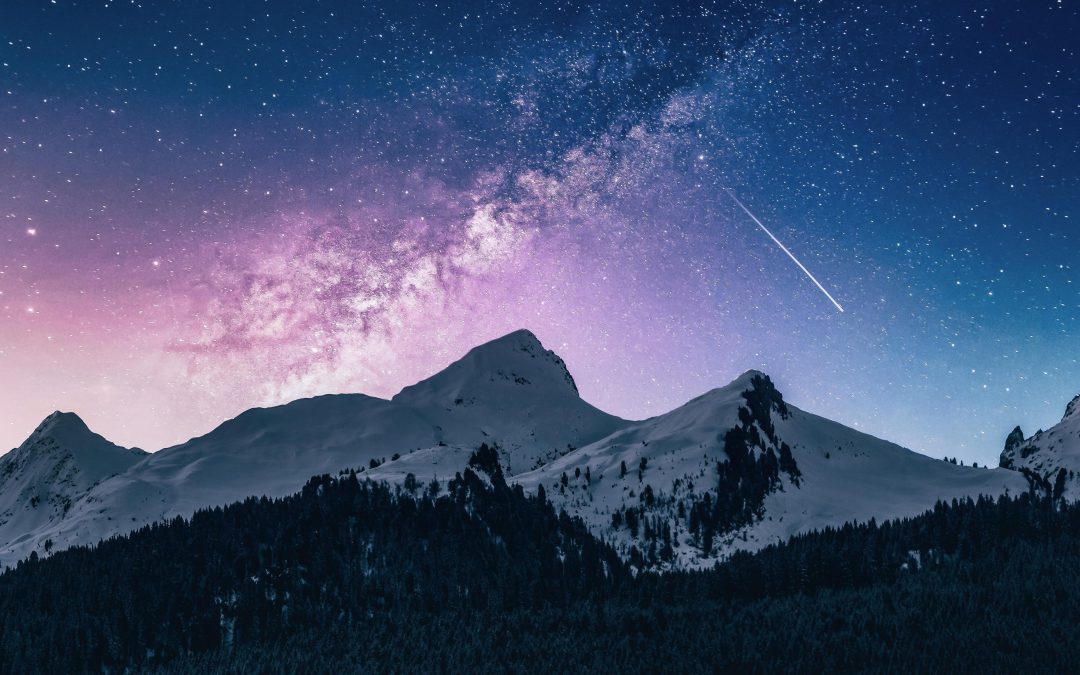 Psalm 24 is called a Psalm of Ascent. It leads us upward to the hill of the Lord, to the high place where the temple is built upon a rock. Pay attention to the ways in which you, the reader, are led upward toward the throne of God as you read this Psalm.

After the Psalmist has established that God is the creator of all there is, that His presence is overpowering, and that we must have clean hands and a pure heart in order to enter His presence, he ends with a prayer. His prayer is that the gates will open and allow the king to enter in. Read my explanation of the first part of Psalm 24 here.

Notice that the king hasn’t yet come in:

Lift up your heads, O gates,
And be lifted up, O ancient doors,
That the King of glory may come in! (Psalm 24:7)

This doesn’t come across in the English translations, but these final verses of Psalm 24 are a petition for the Lord God to assert His kingship and sovereignty. The Psalmist wants to stand in God’s presence, but he recognizes that first God must arrive.

Of course, the Scriptures make it clear that God is present everywhere, but they also tell us that God was particularly present in the temple. In this text the Psalmist describes a time when Israel was under judgment and in exile, separated from the Lord’s presence in the temple.

When Israel was in exile the petition was, in other words, “O Lord, we know you are the king, but let your kingship be made public, be made manifest. Lord, redeem us.”

Who is the King of Glory?

Isaiah 40 is often quoted in the New Testament because the New Testament writers believed that in the coming of John the Baptist and Jesus Christ, the great day described by the prophet was dawning at last. The Israelites had longed for that day for generations: the day when Yahweh’s kingship would be manifested.

The pilgrims at the base of the hill in Psalm 24 long for the same thing. They pray that one day the Lord will come to His temple as was prophesied in Malachi 3. They plead for rescue and for salvation:

Who is the King of glory?
The Lord strong and mighty,
The Lord mighty in battle. (Psalm 24:8)

Who is the King of glory? The Psalmist gives the answer: none other than the Lord God Himself. The Lord of Hosts, the Lord who is powerful and mighty, the Lord who will set the world to rights:

Lift up your heads, O gates,
And lift them up, O ancient doors,
That the King of glory may come in! (Psalm 24:9)

This is a prayer: O Lord, come to your temple. Dismiss these enemies, and let us ascend into the holy place where you are present.

The king is coming. But who is this king and how will we know Him when He comes? We can’t see the Lord; all we are capable of seeing is the light that shines when the Lord is near. When will we really see, and what will He look like?

The book of Daniel begins to give us the answer to this. Daniel hints at something that seems blasphemous: one day someone else will share in the dominion of the most high God.

Daniel saw, in a vision, the Ancient of Days seated upon His throne. Fire proceeded from the throne and His clothing was white like snow or wool. As Daniel continued to look, he saw a human figure, “one like a Son of Man,” (Revelation 7:13) approaching the throne. Daniel tells us that glory, dominion, majesty and a kingdom were given to this figure. Who is this human figure, and when will these promises take place?

The book of Revelation takes that passage from Daniel 7 and brings it into even sharper focus. John also saw heaven opened, and he also saw the Ancient of Days seated upon His throne—but there’s a twist.

At the beginning of Revelation 5, the one who is seated upon His throne has in His right hand a book. This is undoubtedly the book of judgment, the book of salvation for God’s people. The book is sealed shut with seven seals. A voice goes out to all the earth: “Who is worthy to open the book and to break its seals?” (Revelation 5:2)

The Lamb That Was Slain

John tells us that a search was conducted of those in heaven and on earth and under the earth. No one was found worthy to take the book and break the seals, and John began to weep. One of the 24 elders near the throne said to him,

Stop weeping; behold, the Lion that is from the tribe of Judah, the Root of David, has overcome so as to open the book and its seven seals. (Revelation 5:5)

John continues, “I saw… a Lamb standing, as if slain…” (Revelation 5:6) When this Lamb had taken the book, all the figures gathered around the throne of God fell down before Him, singing,

Worthy are You to take the book and to break its seals; for You were slain, and purchased for God with Your blood men from every tribe and tongue and people and nation. (Revelation 5:9)

Who is the king of glory whom the Psalmist longed to approach? In the longer story we’ve been given the answer: the king of glory is none other than the crucified and risen Jesus, the lamb who was slain and is worthy to sit down on the throne of the Father and to execute the purposes of God to all the nations.

Who is this king of glory? The Lord, strong and mighty. The Lord, mighty in battle. The Lord of hosts: the lamb that was slain.

The preceding was adapted by Rachel Motte from a sermon Dr. Sloan delivered at Kingsland Baptist Church on June 23, 2013. A video of his original remarks may be viewed here.