Whose Gospel Is It? The Power of the Message 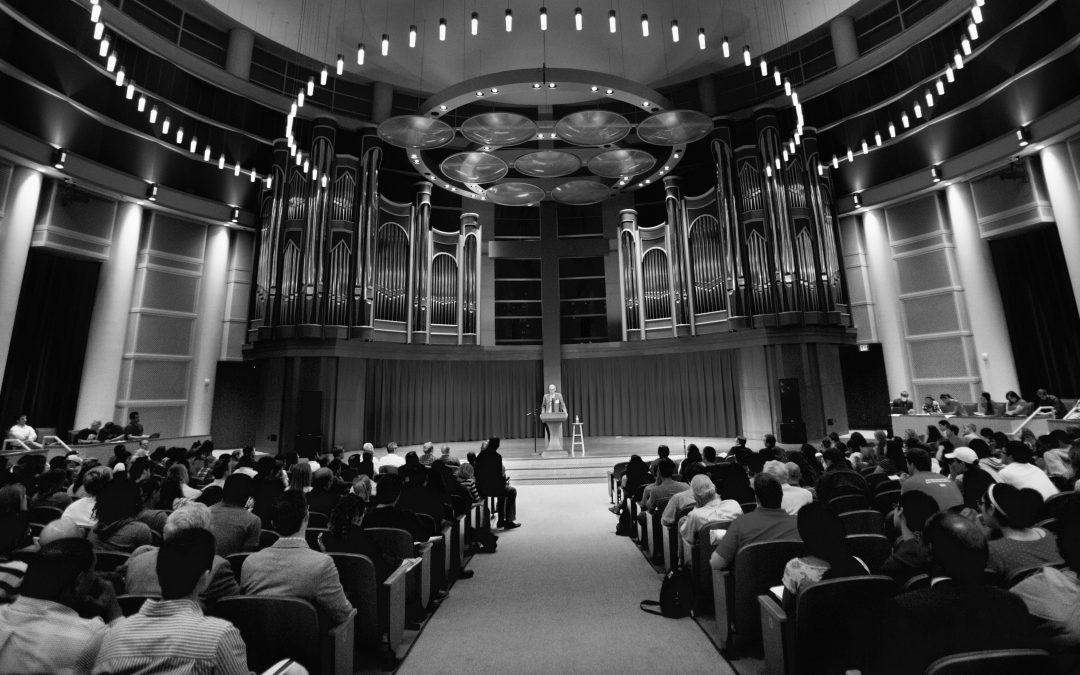 What is the source of authority when it comes to the church and right theology? Is it the clergy? Or is it the message? In my previous blog, I gave texts where the message and the messenger, in the best of all circumstances, go together because the character, integrity, and spiritual formation of the messenger lends credibility and authenticity to the gospel. You really want both, but if it comes down to the question of one or the other, the message takes preeminence.

I have two passages to share with you where Paul is making this point.

Galatians 1 – Even If an Angel from Heaven…

First, look at Galatians 1. Again, we’re looking at the connection between the messenger and the message. Paul starts off nearly all of his letters with a prayer of thanksgiving, which usually tells you what the theme of the letter is going to be. In verse 3, Paul doesn’t even get to the thanksgiving section. It’s the only one of Paul’s letters where he is so distraught that he doesn’t get to the thanksgiving prayer. He’s very agitated.

“Grace to you and peace from God our Father and the Lord Jesus Christ, 4 who gave Himself for our sins so that He might rescue us from this present evil age…”

In other words, Jesus Christ gave himself to get us out of from under the powers of darkness. And here the Galatians are trying to go back to the Torah, which – because the powers use the Torah’s energy (see Romans 7:14-23) – is going to put them under the powers again.

Then instead of saying, “I thank my God every time I remember you” or offering a prayer report – “Every time I think of you, I pray for you” – Paul says in verse 6, “I am stunned that you are so quickly deserting Him who called you by the grace of Christ, for a different gospel.”

The message the Galatians were embracing was not just a little different. It was an entirely different gospel. And then Paul says, well, it’s not really another gospel because it isn’t good news.

7 which is really not another; only there are some who are disturbing you and want to distort the gospel of Christ.

Next, notice the distinction, under these circumstances, between the speaker and the message.

Then in verse 10: “Does it sound like I’m seeking the favor of people or of God? … If I were still trying to please men, I wouldn’t be a bond-servant of Christ” (paraphrase).

In other words, if Paul were worried about avoiding persecution or whether people were happy with him, he wouldn’t be telling the Galatians the truth about Christ and the gospel. Notice his stark illustration – “even if we or an angel from heaven.” Paul is deliberately drawing an extreme case. He doesn’t care who preaches a wrong message; a curse be upon them.

The Gospel Directly from Christ

Then he goes on and talks about the other apostles. See Galatians 2:9: “James and Cephas and John, who were reputed to be pillars….” Paul says he doesn’t care about their status when it comes to the gospel message. It is the message that counts.

They contributed nothing to him. He got his gospel directly from Christ on the road to Damascus. It doesn’t matter who the messenger is – whether it’s a famous apostle, someone you highly respect, or an angel from heaven – if they are sharing a different message than the gospel of Jesus Christ found in the New Testament, it’s false.

Do You Know the Gospel?

That’s why it’s so important that we know what the Bible says to us as God’s people. It’s necessary that we grow in maturity as believers, pursuing holiness, integrity, and purity through prayer, obedience, and studying the truth. We must be part of a community of believers (a church) where people who are studying the word of God together can hold each other accountable and help each other remain true to the gospel. And, we must share the gospel with our children and friends so that they can discern truth from lies, the true good news from a false gospel.

Finally, let me put one more point in this argument that the messenger and the message are not the same thing.

Look at Philippians 1. Paul is in prison in Rome. (I think he’s in Rome; others disagree. I won’t get into it here.) He’s in prison, and he’s writing to the church at Philippi.

Now I want you to know, brethren, that my circumstances have turned out for the greater progress of the gospel, 13 so that my imprisonment in the cause of Christ has become well known throughout the whole praetorian guard and to everyone else, 14 and that most of the brethren (fellow Christians), trusting in the Lord because of my imprisonment, have far more courage to speak the word of God without fear.

Other Christians who are outside the prison in Rome have taken courage from Paul’s imprisonment. The implication is that previously they were fearful, reluctant to identify as followers of Christ, but now they have far more courage.

Then Paul divides those who have more courage up into two broad groups.

15 Some, to be sure, are preaching Christ even from envy and strife, but some also from good will; the latter do it out of love, knowing that I am appointed for the defense of the gospel;

Some fellow Christians have good motives. Some have bad motives. The group with good motives is standing with Paul. It’s hard to know exactly what the behavior of the other group was like, but Paul basically says they’re not standing with him. Maybe, there was jealousy and envy going on, and they weren’t preaching out of love so…

17 the former proclaim Christ out of selfish ambition rather than from pure motives, thinking to cause me distress in my imprisonment.

18 What then? Only that in every way, whether in pretense or in truth, Christ is proclaimed; and in this I rejoice.Yes, and I will rejoice,

So notice here, even when the preacher or witness fails morally, the gospel is still true, and Paul is still going to rejoice in that. Of course, it’s massively better to have both good character and a truthful message, but the message takes precedence over even the egotistical motives of the speaker.

It’s the Gospel of Jesus Christ

So with this blog and the previous, you get a few texts to think about as you consider the role of the teacher or preacher in the church. If you’re preaching, teaching, or representing Christ in the world, you should do so with moral integrity. Your behavior lends credibility and authenticity to the message.

However, if you see a church leader or a mentor fall into sin and live in such a way that makes you question the message, remember the source of the good news is Jesus Christ. It’s not the gospel of your favorite preacher. It’s not even the gospel of Paul or of Peter. It’s the gospel of Jesus Christ. Even the first four books of the New Testament are not named “The Gospel of Matthew,” etc. It’s the Gospel According to Matthew, Mark, etc. Christ is the heart of the one gospel, and he is the source of salvation and redemption, no matter who is sharing the message.

← Preachers, Character, and Moral Living Why is your name important? →