What is the Open Door? Revelation 3 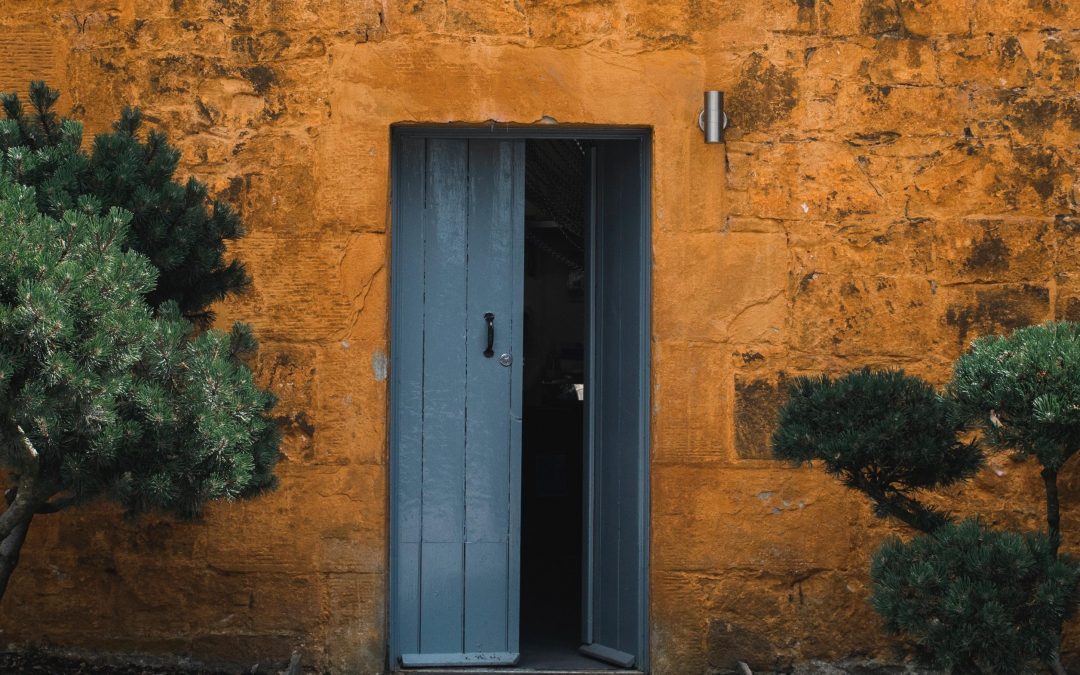 The Jewish Christians in the Hellenistic city of Philadelphia endured severe persecution at the hands of their own friends, neighbors, and family members. The Lord addressed these embattled believers in Revelation 3:

I know your works. Behold, I have set before you an open door, which no one is able to shut; I know that you have but little power, and yet you have kept my word and have not denied my name. (Revelation 3:8)

What is this “open door” that the Lord set before the Christians in Philadelphia?

This is my third blog about the Philadelphian Christians. Read the first blog “Religious Persecution in Progress” here.

The Door to Dispensationalism?

Scholars and preachers of a bygone generation interpreted this passage with reference to the door of the church—that is, they believed this meant that the church is to have open doors, and that we are to go out from the doors of the church and invite others to come in. This interpretation is associated with dispensationalism, which came into American life with the Scofield Reference Bible of the late 19th and early 20th century. This view is still popular, but it is not, I think, the obvious meaning of this text.

The door mentioned in these passages is not the door of the church. Now, I strongly support and affirm the task of evangelism, and I think that evangelism is something that is a real responsibility of the New Testament church. I just don’t think that is what this particular passage is about.

If you are curious what I mean by evangelism, you can read my blog “Why You Should Share the Gospel.”

Back to the Text

I think this because of something found in the text back in Revelation 1. In chapter 1 John sees Jesus on the Island of Patmos with various dramatic features. In Revelation 1:12, for example, John “turned to see the voice that was speaking with me. And having turned I saw seven golden lampstands.” John went on, in Revelation 1, to describe his vision of the Risen Lord Jesus:

13 and in the middle of the lampstands I saw one like a son of man, clothed in a robe reaching to the feet, and girded across His chest with a golden sash. 14 His head and His hair were white like white wool, like snow; and His eyes were like a flame of fire. 15 His feet were like burnished bronze, when it has been made to glow in a furnace, and His voice was like the sound of many waters. 16 In His right hand He held seven stars, and out of His mouth came a sharp two-edged sword; and His face was like the sun shining in its strength.

A small portion of this description may be found later in the seven letters. If you look at Revelation 2 and 3 you will see that the seven letters to the seven churches do not describe seven epochs from church history, but seven real churches. These churches are receiving messages from the Risen Lord, and one of the clues to the meaning of each letter is to be found in the little bit of description that is given of the Lord Himself.

Look at Revelation 2:8, for example: “To the angel of the church in Smyrna write: The first and the last, who was dead, and has come to life….” That is a bit of description taken out of chapter 1. In this passage the Lord is addressing the persecuted church at Smyrna, where someone has already been put to death, and where many more will be cast into prison. He reminds them that He is the Lord over death and that they may be raised from the grave.

You’ll see another example of this in Revelation 2:18: “To the Angel of the church in Thyatira write: The Son of God, who has eyes like a flame of fire…” In other words, “He sees into your hearts. He knows what is going on. He knows the evil that is present in your congregation.”

The Key of David

The letter to the church in Philadelphia includes the same kind of description: “He who is holy, who is true, who has the key of David…” (Revelation 3:7).

The phrase “the key of David” refers to one who has responsibility over the full household in the way that an earthly steward might hold the keys to the king’s household. In other words, Jesus is reminding the Philadelphian Christians that He is the fully responsible steward of the Household of God.

The door in question in our passage (Revelation 3:7-13) is the door that opens into death and the life beyond. Remember, the Philadelphian Christians had been told by their own friends and relatives that they were not the people of God, and that when the Day of the Lord comes, with a New Heaven and a New Earth, the Lord God would slam the door in their faces. Jesus responded to these claims by reminding His people that He is the steward over the Household of God, and that He has set before those who have confessed faith in Him an open door which no one can shut. When we die, we will die through Christ.

The central exhortation of the Book of Revelation is perseverance. You and I may not be experiencing the kind of persecution the Philadelphians faced, but we do live with brokenness and turmoil. Do not forget, in the midst of this turmoil, that we have been promised what the Philadelphians have been promised, namely, that He has the key of David and He has set before us an open door which no one can shut.

← What Would You Do if Your Friends Disowned You? Your Baptism is an Important Promise →