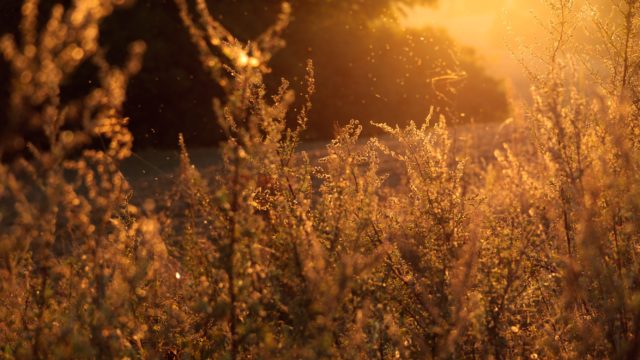 When Christ who is our life is revealed, you will be revealed with Him in glory.

Glory is a word that means “light.” Sometimes glory also means heaviness; think of the overwhelming brightness of the presence of God. When the children of Israel made the Tabernacle in the wilderness, the glory of the Lord filled the tabernacle. When Solomon finished building the temple, the glory of the Lord filled the temple. The Lord’s glory was heavy; it was a light that was not easy to endure.

Christ has a glorified body. He is now in glory, in the very presence of God. When Christ who is our true life is one day revealed, then everyone will recognize His children. Because of this, it matters how you live here and now. To paraphrase Paul’s words,

The Old Creation is passing away.

God will take the old creation and, through fire, wrath, and judgment, He will purify, cleanse, and redeem it. He will transform it into a new creation.

In Colossians 3, Paul begins to list things that are evil. Most of these are sexual sins:

Therefore consider the members of your earthly body as dead to immorality, impurity, passion, evil desire, and greed, which amounts to idolatry. (Colossians 3:5)

Greed is typically associated with lust. The New Testament typically refers to two forms of lust: sexual lust and materialistic lust; a lust after bodies and a lust after things. Paul lumps those together here: “sexual sins and greed, which amounts to idolatry.” Notice the echo of the Sermon on the Mount:

No one can serve two masters; for either he will hate the one and love the other, or he will be devoted to one and despise the other… (Matthew 6:24)

You can read my blog about the Sermon on the Mount here.

Paul goes on to give another list of destructive behaviors—these behaviors have to do with how we relate to people:

Anger, wrath, malice, slander, and abusive speech… do not lie to one another… (Colossians 3:8-9)

To be part of the people of God is to recognize that words are not just tools to get our agenda across. Words are supposed to be instruments whereby we share who we are.

Why does it matter what kind of words we use?

You laid aside the old self with its evil practices, and have put on the new self…” (Colossians 3:9-10)

God is already at work transforming this new self. The work of transformation has already begun, but it won’t be completed until Christ comes again and we’re raised from the dead.

Read more about the transforming work of God in your life in this blog about the Holy Spirit.

So how are we to live?

Meanwhile, we are supposed to be co-workers with God by faith and obedience. We commit ourselves to the patterns and practices that we have been taught, and God by His Spirit makes us more and more like Him.

One of the principles of Scripture and of human nature is that you become like what you worship. As we devote ourselves to Christ, we seek by discipline, restraint, and commitment to become more like Christ. God by His Spirit transforms us into the instruments of His mercy.

When you heard and believed the gospel, you put on a new self. This new self is being transformed according to a true knowledge of God. We are being renewed according to the image of God, which is Christ, the one who created this new self.

This renewal creates a new kind of person, a new kind of people who don’t live according to the old patterns of the fallen world. This new community that is being made is organized around Christ, who is the central criterion. All who believe in Christ are being brought together into a company, into a group, and Christ is in all of us without distinction.

Here are the distinguishing marks of this new people:

Put on a heart of compassion, kindness, humility, gentleness, and patience; bearing with one another, and forgiving each other… (Colossians 3:12-13)

These are the behaviors that mark out the people of God. God is working to create a people of unity who love and forgive one another. May God grant us the grace to live and bear the marks of Christ our Lord.

The preceding was adapted by Rachel Motte from a sermon Dr. Sloan preached at Kingsland Baptist Church on November 24, 2013. A video of his original remarks may be viewed at the bottom of the next page.