Are You a Part of the People of God? 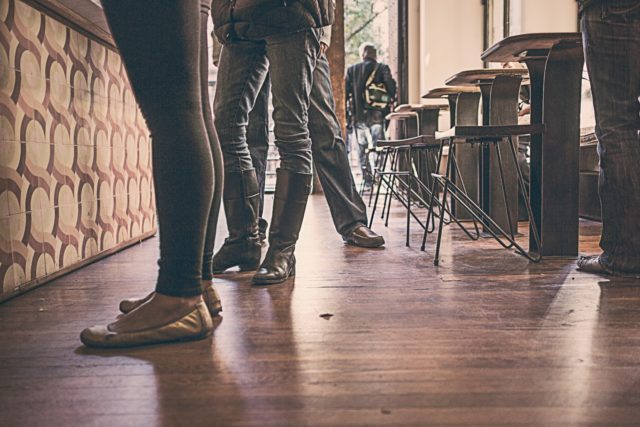 What does it mean to be part of the new creation? Colossians 3 describes some of the signifiers and characteristics of the new people of God:

Therefore if you have been raised up with Christ, keep seeking the things above, where Christ is, seated at the right hand of God. (Colossians 3:1)

This is in fulfillment of Psalm 110:

The LORD says to my Lord:

“Sit at my right hand

Until I make your enemies a footstool for your feet.” (Psalm 110:1)

Christ is the exalted Lord, in fulfillment of the prophecies about the son of David who would rule and reign over the whole earth. He has now ascended into heaven, and He is now Lord and master.

Read my post about the mystery in Psalm 110 here.

Since you’ve been raised up with Christ, since you’re part of the new creation and participate in His resurrection, seek the things above, where Christ is. Seek the things that pertain to His lordship, to His monarchical status, as He is seated at the right hand of God. Let your behavior reflect this commitment to the lordship of Christ. (Colossians 3:1-2, paraphrase)

People of God Set Their Minds on the Things of God

Paul continues, “Set your mind on the things above.” (Colossians 3:2) When you set your mind on something, the body follows. The mind is the governor of how we live.

There are several echoes of the Lord’s Prayer and the Sermon on the Mount in Colossians 3. For example, both passages make reference to the different spheres of heaven and earth, and to the mandates of the kingdom of God, revealed through the lordship of Jesus. Both passages instruct us to set our minds on the things of the kingdom of God, not on things of the earth—the old creation.

You can read my blog about the Lord’s Prayer here.

We set our minds on the new creation because we no longer belong to the old creation. Christ was born into the old creation, born of a woman, born under the law (Galatians 4). He was born in the likeness of sinful flesh (Romans 8:1-3), but He has now died. The death that He died, He died to sin once for all (Romans 6), but now He has been raised from the dead. He’s the beginning of the new creation.

What Does the New Creation Mean For You?

You have also died; you’ve died with Christ. You died with Him to the old creation. Your new resurrection life is not yet fully revealed. It’s hidden with Christ. It’s not fully manifested in the world because you haven’t yet been raised from the dead—but the day will come when everyone will know which people are God’s children.

Paul lists these criteria for the people of God in Colossians 3:12-14:

So, as those who have been chosen of God, holy and beloved, put on a heart of compassion, kindness, humility, gentleness, and patience; bearing with one another, and forgiving each other, whoever has a complaint against anyone; just as the Lord forgave you, so also should you. Beyond all these things put on love, which is the perfect bond of unity.

I’ll say more about what it means to live according these criteria in my next blog.

The preceding was adapted by Rachel Motte from a sermon Dr. Robert Sloan preached at Kingsland Baptist Church on November 24, 2013. A video of his original remarks may be viewed below.