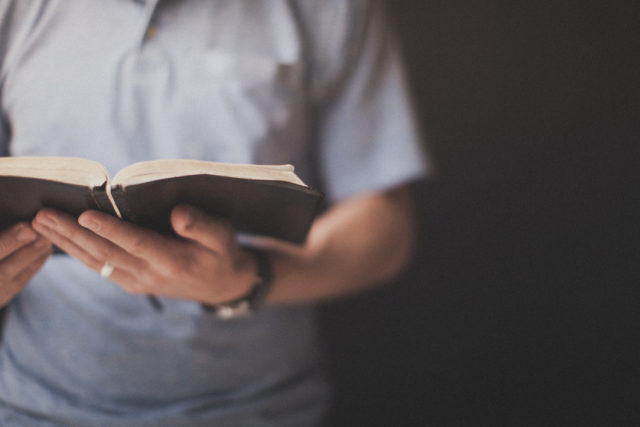 Paul refers to this opposition in the last verse of this section:

…experiencing the same conflict which you saw in me, and now hear to be in me. (Philippians 1:27-30)

Paul was referring to a conflict he experienced when the church in Philippi was founded. I wrote about the story of the slave girl who had a demon cast out of her in a previous blog post—you can also read about it in Acts 16.

Philippi’s status as a Roman outpost and Paul’s Roman citizenship were both important parts of the conflict between Paul and the Philippian magistrates.

You can start at the beginning of my series on the book of Philippians here.

Philippi was a Roman outpost, the leading city of four Macedonian districts established by the Romans. The citizens of Philippi were considered Roman citizens, and they were very proud of this status. The Romans had decided to honor the Philippians in this way because the Philippian citizens had helped Octavian, later known as Augustus Caesar, and Mark Antony in their battle against Brutus and Cassius, the assassins of Julius Caesar in 42 BC. Years later, in about 30 BC, they helped Octavian again when he went to battle against Mark Antony.

The Philippians were proud of the favor and beneficence they had received from the Roman emperor. It’s likely that this patriotism put pressure on the Christians in Philippi. Paul’s friends in Philippi were probably forced to praise the Roman gods in the Philippian civic ceremonies. They were probably also expected to refer to Nero, the reigning Caesar at that time, as savior and lord. The Philippians, of course, had an allegiance to another Savior and Lord who had a status far above that of Nero.

We see a hint of this at the beginning of this passage when Paul writes in Philippians 1:27,

Only conduct yourselves in a manner worthy of the gospel of Christ, so that whether I come and see you or remain absent, I will hear of you that you are standing firm in one spirit, with one mind striving together for the faith of the gospel.

The New American Standard says “conduct yourselves in a manner,” but that’s too weak a translation. When Paul wanted to refer to general Christian behavior, he usually used a word like “walk.” In this verse, however, he used a verb that doesn’t appear anywhere else in his writings. It sounds awkward in English, but a more accurate translation of Philippians 1:27 would be something like, “carry out your citizenship in such a way that you walk in a manner worthy of Jesus Christ and the gospel of Jesus Christ.”

It’s no accident that Paul emphasized this notion of citizenship, because the Philippians were very proud of their citizenship, and this would have caused the Philippian Christians to come under a certain amount of pressure. They would have experienced the kind of opposition Paul endured at the hands of the city magistrates when he was first in Philippi. Some of them would also have faced the kind of opposition Paul was facing in Rome when he wrote this letter—he’d been imprisoned by the Roman authorities.

In Philippians 3:20, Paul again used this same word, although it’s the noun form:

“Our citizenship is in heaven, from which also we eagerly wait for a Savior, the Lord Jesus Christ.

He clearly wanted to remind the Philippian Christians that the ultimate citizenship is not a Roman citizenship, but a heavenly one. Our citizenship is in heaven, from which we eagerly await a Savior, the kyrios, the Lord, Jesus the Messiah, the true king.

The previous was adapted from a sermon featured on Dr. Sloan’s radio program, A Higher Education, on July 22, 2013.