But if Not: The Miracle of Dunkirk 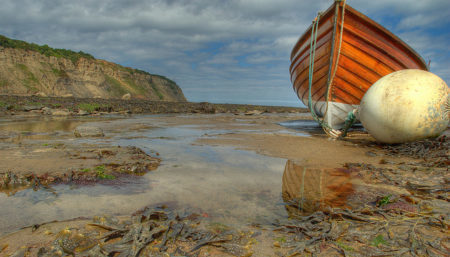 Did you know that a Bible verse once helped save the British army?

Up until the 20th century, nearly the entire English speaking world used the King James translation of the Bible. We all shared a common text. People were also more Biblically literate than most are today, so if you quoted a Bible verse, people would usually recognize the reference. Bible stories like those in the book of Daniel were very familiar.

I wrote about Shadrach, Meshach, and Abednego in my last two posts. These young men were given a choice: they could bow to a pagan idol, or they could be thrown into a fiery furnace. They courageously chose to face the furnace rather than disobey God’s commandments.

I love the way the King James Bible puts their answer to the king:

Our God whom we serve is able to deliver us from the fiery furnace, and he will deliver us out of thine hand, O king. But if not, let it be known unto thee, O king, that we will not serve thy gods, nor worship the golden image which thou hast set up. (Daniel 3:17-18)

“But if not.” What a poignant phrase. Shadrach, Meshach, and Abednego were resolved to obey God, whether or not he chose to save them. They knew he wasn’t obligated to help them.

In the summer of 1940, more than 350,000 soldiers—most of them British—were trapped at Dunkirk. The German forces were on their way, and they had the capacity to wipe out the British Expeditionary Force. When it seemed certain that the Allied forces at Dunkirk were about to be massacred, a British naval officer cabled just three words back to London: “But if not.”

“But if not.” These words were instantly recognizable to the people who were accustomed to hearing the scriptures read in church. They knew the story told in the book of Daniel. The message in those three little words was clear: The situation was desperate. The allied forces were trapped. It would take a miracle to save them, but they were determined not to give in. One simple three word phrase communicated all that.

For some reason, people are still not sure why, the Axis powers hesitated. They backed off, briefly, and what’s known as the Miracle of Dunkirk took place. British families and fishermen heard about the poignant telegraphed cry for help, and they answered. They answered with merchant marine boats, with pleasure cruisers, and even with small fishing boats. By a miracle, they evacuated more than 338,000 soldiers and took them to safety.

I’m very sorry to say that, by and large, the scriptures are not faithfully taught today, even in many Christian pulpits. We get some interesting pop psychology and leadership exhortations, but it is fairly unusual to enter a Christian church and hear the minister take a piece of scripture, read it, explain it, teach it, and apply it. I challenge you to recover the significance of scripture in your life. If you’re going to be a minister, or a lay reader, or a Bible teacher of any sort, teach the scriptures. I exhort you as a follower of Jesus Christ, let your life, your heart, your character, and your worship be shaped by the word of God.

The previous was adapted by Rachel Motte from Dr. Sloan’s address to the students of Houston Baptist University on February 18, 2009.

← Our God Whom We Serve is Able to Deliver Us Memory: God’s Tool for Shaping Lives →