James 3: Are you slow to speak? 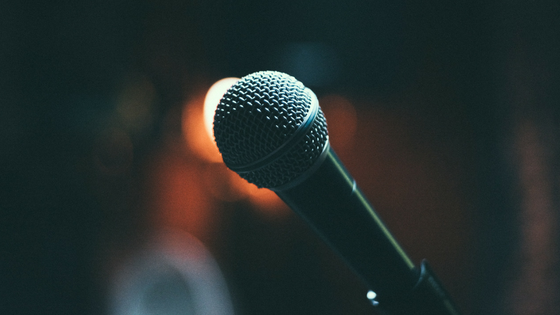 The second part of the James 1:19-20 proverb is, “Slow to speak,” and James elaborates on our speech in chapter 3. In my previous blogs, I discussed the first two chapters of James, including the first part of the proverb, which is “be quick to hear.”

One child’s song says, “Stick and stones will break my bones but words will never hurt me.” It’s a brave thing to say, but it isn’t true. Words hurt, and they can hurt deeply.

In James 3:1-12 we get an exhortation to guard the tongue. James uses the word “tongue” as a figure of speech called a metonymy, which means a part for the whole. As kids we used to say, “How do you like my thread?” We meant, “How do you like my suit?” “Thread” is a part that represented the whole, a suit. Or when we say, “Hey, you got a new set of wheels,” we mean you have a new car. “Wheels” represents a whole. James uses the tongue to represent our speech.

Our speech is powerful for good or evil.

James says the tongue, or human speech, is powerful for good or for evil. He uses several illustrations to demonstrate such power. A powerful horse can be controlled by putting a little bit in its mouth. A tiny rudder controls a mighty ship. A little spark can set an entire forest ablaze. The tongue is such a small part of the body but it has enormous impact both for good and for ill. (James 3:3-6)

James emphasizes that the tongue is a restless evil. It nearly seems like he says you can’t control the tongue, but he’s not contradicting himself. His point is that we ought to control it.

We should strive to control what we say. He’s already told us in James 1:26 that those who think they are religious and can’t even watch their own speech are deluding themselves. So if you claim to be a Christian but your speech is characterized by evil, gossip, and slander, then you’re not representing Christ. James says your religion is useless if you can’t control the words that come of your mouth.

Words can also do so much for good. I know a young woman who has wept repeatedly wanting to hear her mother say something encouraging. It wouldn’t have taken much. There were multiple times in her life when just the right word could have alleviated deep psychic fears and hurts. A powerful ability to do something good was in that mother’s grasp. She could have said, “Oh I’m so glad,” or, “That’s wonderful. Congratulations.” It could have been as simple as, “I’m so excited for you,” or “Well done.” Instead, she withheld.

The point is not to blame those who fail to do the right thing, but to remind ourselves that we must do the right thing. Words have power for harm or for good, and that power is in our grasp every moment of every day.

Words in our Digital Age

Here I want to insert something James didn’t say because he didn’t live in the midst of the digital revolution and our media-obsessed culture. That moment when you hit “send,” “post,” “tweet,” or “reply” is a powerful moment, and it seems even easier to say nasty, harmful things when you’re behind a screen. You can feel protected from the consequences of your words – untouchable. But people have ruined their own lives and the lives of others when they didn’t rein in their digital “tongues.”

Consider James’ words in light of how you interact with others in text messages and emails, on Facebook, Twitter, Instagram, and through the plethora of digital platforms we use today. Words have power no matter how they are transmitted, and your digital self is also “Christ’s ambassador” (2 Corinthians 5:20).

We will be held accountable for what we say.

James says, “Let not many of you become teachers, my brethren, knowing that as such we will incur a stricter judgment” (James 3:1).

We are held accountable for what we say, and even more so if we are in positions of leadership.

James says the tongue is a restless evil, full of poison (James 3:8). With the tongue we have such potential for good and for evil. So be careful. Practice speaking words of encouragement and not speaking when your words are sinful. Practice and pray for God to transform your mind and change your heart.

Beware. Let everyone be quick to hear and slow to speak. In my next blog, I’ll ask, “Are you slow to anger?”