Are you a beacon of hope in the world? 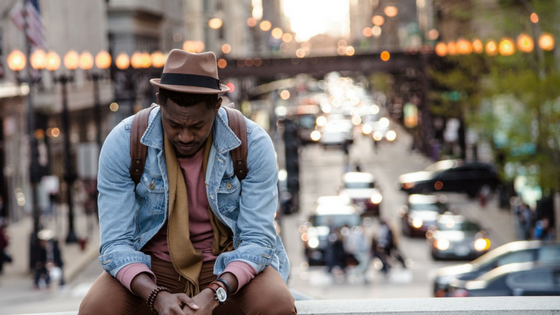 When people look at your life, do they see hope? The majority of my career has involved college students who are preparing to enter the world. While educators hope students will give their best effort in the present, we also know and expect college students to be looking to the future in anticipation. They are anticipating their first job, first paycheck, the next life step, and so on. That anticipation, that hope, is a beautiful thing. But hope should not only be tied to the next life event or next raise. No, followers of Jesus should live as beacons of hope in the world.

Hope in the Story of the Bible

We realize as we read the gospels that the story of the Bible takes an odd twist. Jesus, the promised Messiah and King, comes to his own people, but his own people reject him. He is ultimately put to death by the Roman authorities and by a small cadre of Jewish power brokers – not all Jewish people and not even all of the Jewish leaders, but a cadre of the greedy and politically corrupt – who conspire with the Roman authorities. It’s an amazing turn of events.

But God establishes him. God vindicates him. God raises him from the dead, and then other remarkable things begin to happen.

Jesus’ followers are filled by the Spirit – in fulfillment of an ancient scriptural promise – and begin to preach the message of Jesus. But his followers soon realize that they too must go through a period of suffering. Like Jesus, his followers are anointed to carry the sufferings of Christ into the world. Jesus was raised from the dead, but the resurrection of everyone else is yet in the future. His followers then realize, consistent with his promise to come back, that there is another Advent yet to come. If you know the Christian calendar, you know that when we speak of Advent, we actually speak of two advents. The first is the coming of the baby, the coming of the Messiah as the angel said, “Unto you is born this day in the City of David a Savior who is Christ the Lord.”

But there is a second Advent – a still future day of vindication is coming when Messiah, this same Jesus, will come again, and all of his followers will be embraced by him as they embraced him even in the present days of temptation and suffering. And God through Christ will judge all of the earth, and all of the accounts will be settled, and those who will have identified with Jesus are received into the resurrection life of the glorious age to come, when God’s presence will transform this world into a new heaven and a new earth.

Christians anticipate what God has yet to do.

Christians celebrate the Second Advent at Christmas and throughout the year. We celebrate the past, but we also have this note of anticipation. The story isn’t over. The work of God is not done. In a small way, children waiting and counting down the days for Christmas gives a hint of this other emotion of Christmas, not only joy and celebration of what has happened, but anticipation, looking forward to what is coming.

So my charge to college students, graduates, and all believers is this – celebrate what God has done through Christ, but also look forward to the Second Advent. I urge you to be people of hope in a cynical, bitter world. Be people who embrace the truths that God revealed through Jesus Christ in spite of all that the world may say.

Be a sign of hope like Jeremiah was when he bought a piece of property right on the verge of the destruction of Jerusalem and the exile of God’s people. He bought it not at a distressed price but at the full price, and he put that title deed into a jar with people watching, and he buried that jar because it was a sign that the people would come back, that the Lord would rescue them. Jeremiah lived out that story of hope.

You must choose hope.

I challenge you to be a beacon of hope in a bitter and cynical world. When some are given over to violence, turn to peace and kindness. When some are given over to bitterness and cursing, let your speech be seasoned with the grace of God. When others say that you ought to throw out that childish hope you have, keep honorably the faith that was delivered to the saints and hold to the truth of Jesus Christ. When people are pursuing nothing but pleasure and their own greed, I challenge you to associate with the lowly and care for those who are in need. Be a sign of hope to a world that has grown cynical.

Do not give in. Do not give up. Let your life be evidence of the presence of God in the world. God will one day settle all the accounts. The Second Advent is yet before us, and just as God in truth and history raised up and established Jesus, so that day of future vindication is yet to come. Embrace even now by your life all that it means to be a follower of Jesus. Be a sign of hope in this world.

At HBU‘s December graduation, my charge to the graduates centered around Luke 2 and the Advent season. The word “advent” means “arrival” or “presence,” and so that’s what we celebrate at Christmas. We celebrate the arrival or presence of God through the person of Jesus Christ, this long awaited Savior. You can read about the songs in the Book of Luke here.