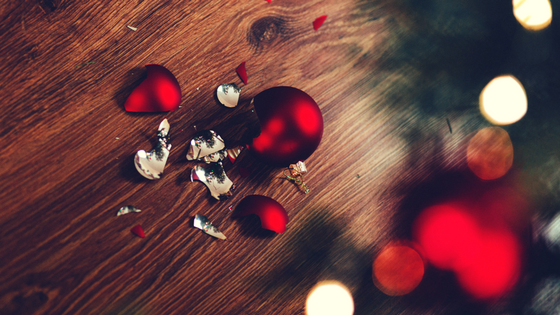 If you’ve watched the news, read the headlines, or scrolled through your social media feeds, you know this world is full of pain. And you’ve probably asked yourself, as I have, what do we do with all of this suffering and strife when Christmas is supposed to be a joyful celebration?

I was studying a famous Christmas passage the other day (Luke 1:57-79), the announcement of the angel Gabriel to Zacharias – when Zacharias was told that he and Elizabeth would have a son and that his name would be John. The name John suggests, “Yahweh the Lord God has shown favor.“

The angel went on to assure Zacharias that John’s birth would bring great joy and blessing.

I have no doubt that is true. Surely Zacharias and Elizabeth were thrilled, after long years of no children, to have a baby boy. Even more than that, Zacharias was told that this baby boy would be an answer to the prayers of those who longed for the days of fulfillment, the days when Messiah would come and the kingdom of God would dawn. The boy would be a forerunner of the long-awaited days when Israel would be relieved of her oppression and indeed justice would prevail for all the earth.

This time of year calls us to reflect upon the great blessings of God that have come through the birth of Jesus, Israel’s Messiah and the Savior, the King of all the earth.

Those blessings are often easy to see, especially when we reflect upon all the great gifts of God’s salvation and forgiveness, not to mention the amazing effects socially upon the world because of the coming of Jesus.

What about pain and misery?

But I’m sure there must have been times for John when the word of the angel to his father, which surely John was told about in subsequent years, must’ve been hard to believe. Joy? Gladness? Rejoicing? A restoration of God’s people which would anticipate the day of the Lord?

John certainly identified Jesus as “the Coming One,“ at least initially. (John 1:29-34) But later on, even John had doubts and had to send messengers to Jesus asking him to confirm if he were “the Coming One“ or not. (Luke 7:20)

That question surely took on great emotional power when John was in prison, suffering harshly under the hand of Herod Antipas. The promised joy and blessing must’ve been especially hard to believe in those terrible, frightening moments when one day he was grabbed by soldiers from his prison cell at Machaerus, taken quickly to a place of execution, and perhaps twisted his body just enough to see for a fleeting instance a great blade lifted above his head just before it was – we hope it was only one stroke – severed from his body.

How do we reconcile such a miserable end with the promised joy and blessing?

The Final End is not yet.

The answer, I think, is that, even with the birth of John and the coming of Jesus — though the birth, death, and resurrection of Jesus have initiated the greatest days we yet know of in human history — the Final End is not yet. Between those days of the beginning of the kingdom of God and the as yet anticipated end — the end will not take place until Jesus comes again, the Second Advent — there is still work to be done.

There is still suffering in many instances to be endured by those who are faithful to Jesus. While every life has its own mysterious number of ups and downs, the final end for all of us will not be one of defeat. Because even John’s miserable death was not the end for John. He will yet be raised from the dead with all of those who know Jesus, and John’s place in God’s plans for history will still mark him out as one of the greatest persons ever to have lived.

So, in the meantime, rejoicing at the first Advent of the Son of God, and anticipating his second Advent, we must learn to work faithfully, to trust God in all circumstances – not necessarily “for” all circumstances – and be faithful in doing his work in the world. In fact, the birth of John was truly a sign of great rejoicing not only then, but peace and gladness yet to come, “For the earth will be full of the knowledge of the Lord, As the waters cover the sea.” – Isaiah 11:9 (see also Habakkuk 2:14)

Dr. Robert B. Sloan is a theologian, pastor, author, father, and grandfather. He is currently president of Houston Baptist University in Houston, Texas.