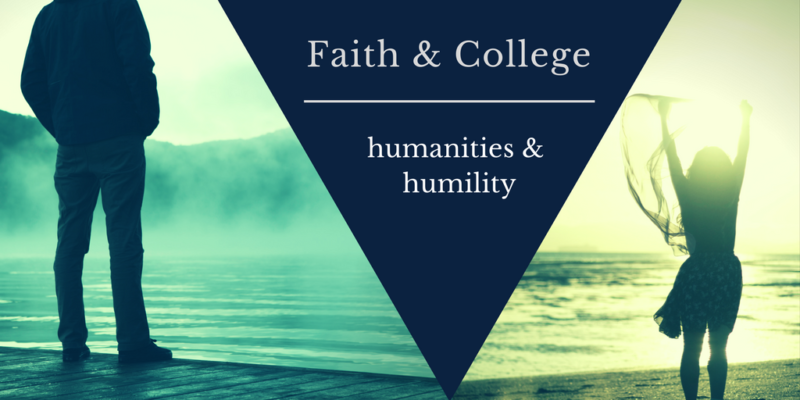 The Easter season has caused me to reflect on many things, and in that process of reflection I’ve tried to ask myself what the life, death and resurrection of Jesus have to do with what we do at HBU. First and most obviously, at HBU we recognize the Lordship of Jesus Christ – that is our central confession and defining characteristic as a university. But how does our recognition of Jesus impact what and how we teach? Why, for example, do we study the humanities? Put another way, what do the humanities have to do with a Christian worldview?

I’ll start with a story. I recently visited a close friend whom I had not seen in a while. I knew his wife was ailing, but he gave me an update. What had been increasingly evident with her seeming loss of memory and inability to navigate the routine duties of life was now a clear medical diagnosis – Alzheimer’s. This tragic disease had already begun to take a heavy toll. Her dementia was unmistakably spreading. My friend told me, with sadness, that they had developed routines for when they were in public so that he could protect her from embarrassment. She was learning how to cope with things that were growing increasingly unfamiliar to her, which was happening in almost every situation. Though she had little stock phrases she could say, it was increasingly clear that she didn’t recognize longtime friends or even family members. She still seemed like the same sweet person she had always been, but we knew we were losing our connection to her. Even with some of the best modern drugs at her disposal, her mental losses were continuing and the trajectory of decline was evident. She was losing her memory and thus her ability to relate to people and the world.

When we lose our memory, we lose almost everything. Of course, those who are blessed to have loving family members are still surrounded by people who love and care for them, but the tragedy remains. They lose their ability to connect the past with the present. With that loss is the loss of recognition, shared experiences, and even the ability to do the simplest tasks. Where there is no memory, very little is left in the present.

The Apostle Paul lost everything in a different way. You can read about it in my blog “How Would You Respond if You Lost Everything?”

The humanities – the study of history, languages, and literature, for example – help us retain our collective memory. The humanities tell us of our past, and thus they remind us of who we are. If we forget our past, we literally lose our mind as a culture, and not only do we not know how to respond in the present, but the truth is we have no future, except a future of declining ability and dependency that foreshadows death. Without the past, which means the memory of the past, we lose the present.

The humanities help us not only retain memories, symbols, and stories from our own past, but they help us learn about other people. To learn is always an act of humility. Learning begins with listening and trying to absorb the things that are presented to us and all around us. True education about other cultures and peoples consists of learning how to communicate with other people, seeking to understand them, learning from them – and for all of us to grow from the interaction.

The sad irony is that what many people think of as multiculturalism, or tolerance of other cultures, in reality turns out to be another level of homogenizing. It’s amazing to see how the people who emphasize multicultural dialogue usually emphasize a certain sameness of secular political values. To learn of other cultures, whether ancient or modern, requires real work – learning languages, studying history and literature, observing religious and political customs, art, music, and the other artifacts of culture. True cultural exchange is an act of humility and begins with the hard work of learning.

The classical virtues of courage, wisdom, temperance, and justice have been deeply enriched by the addition of the Christian virtues of love and humility. Until the cross of Jesus made such a
powerful impact on the cultures of the world, humility was regarded as weakness. But now, because of the influence of Jesus and his death for us, and God’s vindication of him through the resurrection, we know that sacrifice, servanthood (self-giving), humility, and love all collectively represent the greatest of the virtues and give enriched meaning to the classical virtues. To study the humanities, to learn of other nations and peoples and cultures, or to try to understand the heart and mind of another person, begins with an act of humility – with listening, observing, and paying attention, all of which involve a submission of the self.

To retain memory, build true cultural dialogue, and grow in our ability to communicate and understand are some of the many reasons why we study the humanities. We want to know who we are, what the world and its peoples are like, what God is doing in the world – it is after all his world and the study of history gives clues as to what he is doing – and what we are supposed to be doing as God’s agents and servants in the world.

All the peoples of the earth belong to the living God, whether they know him or not. To do God’s work in the world begins first of all with knowing God, knowing his world – its history and the cultures of its peoples – and building families and communities of trust and understanding. We believe that the study of the humanities is an act of humility, stewardship, and discipleship that enables us best to be God’s people in the world.

The School of Humanities at Houston Baptist University offers undergraduate majors & minors in English, Government, Great Texts, History, Medical Humanities, and Spanish; majors in Legal Studies and Philosophy; and minors in Criminal Justice, Family Studies, Latin American Studies, Sociology, and Speech Communication. Legal Studies graduates have been accepted to prestigious law schools, such as Vanderbilt University, Baylor University, the University of Texas, Georgetown Law, Michigan State and Cornell University. Several of these HBU students received full scholarships. The school also boasts an award-winning Mock Trial team in the Department of Law & Society and is home to the Center for Law & Liberty. Students from the School of Humanities have interned for state and federal officials including both Senators Cruz and Cornyn, as well as in the White House. The school is taking a group of government and history students to Boston in May 2017 to study the principles of the American Founding and the American Revolution. Today, School of Humanities alumni are lawyers, teachers, professors, entrepreneurs, and much more. Learn more at HBU.edu.