What is a Worldview? 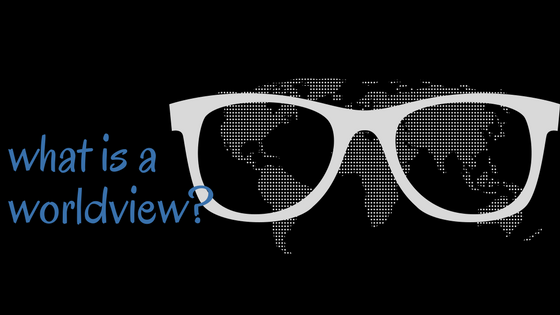 A worldview has sometimes been compared to eyeglasses. We use eyeglasses to look through. We don’t normally look at our eyeglasses unless we are either looking for them because they’re lost or because we want to clean or adjust them. But the main purpose of a pair of glasses is to look through them to see other things.

A worldview refers to our basic perspectives

That’s the way it is with a worldview. A worldview refers to our basic perspectives, how we instinctively interpret the world around us. Of course, it’s possible to think about our worldview, but usually a worldview is the window, the framework through which we see other things. Though we don’t put too much thought into it, it does influence everything we see and believe.

For example, your beliefs about a God who created all things impact how you view the world. If you don’t believe in the existence of God, you probably think the world is just a random collection of gases, chemicals, electrical forces, and other things that improbably came together to create by mutation and other forces the world as we have it, possibly leading you to think that the world is meaningless and without purpose. Of course, even an atheistic worldview often (inconsistency, I think) imports the idea of purpose, since people who hold it usually think of our world as getting better– i.e., progressing and changing for the good. But that’s a discussion for another day.

My point is simply that if you believe there’s a God who created all things, then you’re more likely to believe that life has meaning and purpose, even when things are tragic and difficult. People look for meaning even in the worst circumstances. The terrible question, “why me?” or, “why do such terrible things happen to good people?” is still the cry of a heart that believes there should be meaning and purpose. The problem of evil and suffering is only a problem because we think things shouldn’t be that way – that is, we think things ought to be orderly and purposeful. Those are the convictions of someone who believes that God created the world.

But what kind of God created the world?

But we have to say more – while it’s clear that belief in a God who created the world impacts our views, it also makes a big difference when we consider the question of the character of the God who created the world. What kind of God are we talking about?  In American society, there is sometimes a smuggled-in set of assumptions about God that are more like deism. With deism, God is usually thought of as the creator, but he doesn’t get involved in his creation. The god of deism is the god who is like a watchmaker. The watchmaker puts things in order, winds the clock up, and then leaves it running by its own natural forces of cause-and-effect. The watchmaker god doesn’t get involved in our world. That’s not the God of Scripture.

When we talk about a Christian worldview, we’re talking about the one true and living God, who is good and purposeful, who keeps His word, and who is the creator of all things: The God of Scripture. As soon as we invoke the notion of Scripture, we are beginning to talk about the big story of the Bible. This story forms a basic Christian worldview.

For an outline of the big story of the Bible, read my next blog.