History and Tradition: What You Need to Know 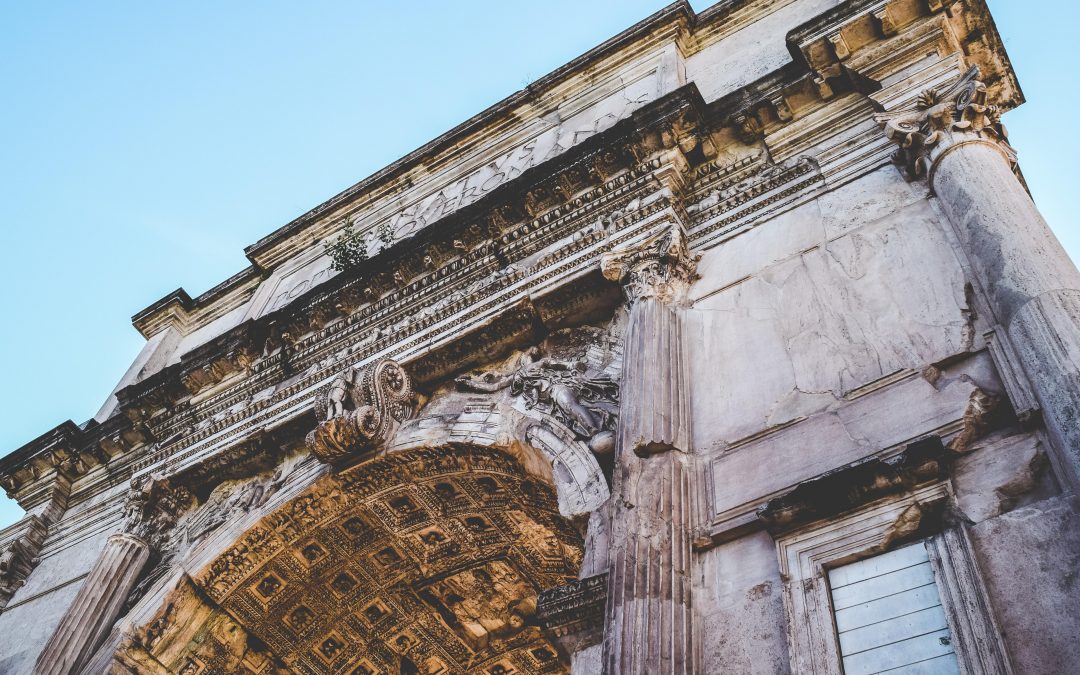 Our family has enjoyed watching Fiddler on the Roof together over the years—you’re probably familiar with the Broadway play or the movie.

The story begins, of course, with the image of a figure fiddling atop a roof. The narrator, a man named Tevye, appears. Seeing the fiddler, he tells his audience, “You might say every one of us is a fiddler on a roof. Trying to scratch out a pleasant, simple tune without breaking his neck… how do we keep our balance? That I can tell you in one word. Tradition!”

Tevye goes on to offer his audience this key phrase: “Because of our traditions, every one of us knows who he is and what God expects him to do.”

The Judeo-Christian conception of history is unique among the world’s philosophies.

This is an essential concept throughout the Old and New Testaments. The entire book of Deuteronomy emphasizes, for example, “Remember all the way which the Lord your God has led you…” (Deuteronomy 8:2)

It is especially important for us to remember the ways God has worked in the past because the Jewish and Christian view of the world is different from pagan conceptions. That is, we’re not governed by a meaningless nature cycle; history is moving toward a particular goal.

God created the heavens and the earth, there was a Fall, and God has begun the process of redeeming the fallen world. God first worked redemption through Abraham, Isaac, and Jacob, and then through the nation of Israel. He worked through Saul, David, and Solomon. He made a renewed covenant with the house of David when He promised that one day He would send them a messiah.

The climactic moment thus far is that the long awaited Messiah has come. He was crucified, but God the Father raised Him supernaturally from the dead.

For a detailed summary of the story of the Bible, read this blog.

History is leading us toward something concrete.

The next big moment which we still await is the return of Christ, when God will raise us from the dead, and the presence of God will be powerfully manifested throughout the entire earth. There will be a new heaven and a new earth; Peter, in the second great sermon mentioned in the book of Acts, refers to it as the “restoration of all things.” (Acts 3:21)

The book of Revelation tells us that the kings of the earth will bring their glory into the city of God. The liars, murderers, and adulterers will stay outside the gates. There will be a new heaven and a new earth, and death and mourning and crying will be no more. God will raise His people from the dead, and the leaves of the Tree of Life from the garden of Eden will heal the nations. We will drink from the river of life, and there will be no need for light in the heavenly city because the light of God and of the lamb will be there.

What happens beyond that? The Scriptures don’t tell us much. “Do you not know that you will judge angels?” Paul says in 1 Corinthians 6. Revelation 7 refers to the fact that God’s people will serve Him forever, night and day; activity and service will go on.

Learn from history and pass on traditions in order to gain wisdom.

The point to all this is that history has a purpose. Contrary to what the pagan religions would have us believe, we do not live out our lives as part of a meaningless cycle of repetition.

Tradition is important because this whole movement of history is leading somewhere. God will not destroy the creation, nor will he let it remain in its current corrupt condition. He will renew it and restore it, thus creating new heaven and a new earth. He will not allow the Fall to happen again, and He will never repeat the death and resurrection of Jesus. We have to learn from what God has done in the past.

God brought Israel up out of the land of Egypt, and commanded them to remember the Exodus. The story is still handed down from generation to generation at each year’s Passover festival.

God did something in our past. We learn from the past, we repeat the stories, we receive the traditions and we hand them on. When we do this, we gain wisdom, and we learn the living of life.

Read my blog “Humanities and Humility” to see how the importance of memory impacts education.

The preceding was adapted by Rachel Motte from a sermon Dr. Sloan delivered at Kingsland Baptist Church on June 16, 2013. A video of his original remarks may be viewed here.