Memory, the Holy Spirit, and Baseball 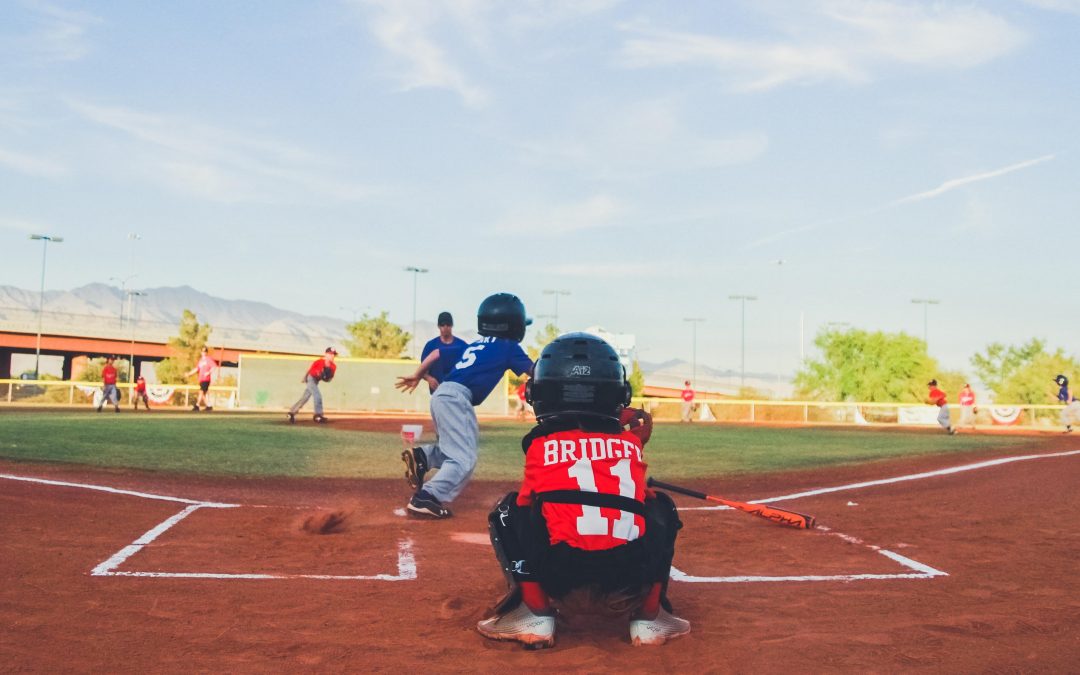 I can still recall the first time I ever put on a Little League uniform. I was just a little boy, but I remember feeling surprised at how difficult it was for me to put on my belt.

You see, baseball pants have not traditionally had belt loops.  They have a fabric waistband, and you have to thread your belt through a slit in the fabric.

I used to wonder why baseball players didn’t just put belt loops on their pants like everyone else. As it turns out, there are a number of reasons why baseball uniforms have historically been designed in that way. I’ll explain in a moment.

You and I have a complex relationship with the past.

When I put on my Little League uniform for the first time I was linked, in a way, with hundreds of men and boys who came before me. We all had to thread our belts through the waistband in the same way because of decisions that had been made years earlier. Whether or not we knew it, we were relating to the past in the same way.

You are connected to the past by virtue of your own individual memory. You can bring to mind things that have happened to you in the past.

You are also physically connected to your family, both past and present. I dare say that some of you have a twinkle in your eye, or a way of sitting in a chair, or a certain way of putting your hands on your face that you inherited from your grandfather or grandmother. These are aspects of our present lives that are shaped by things that happened long ago.

We also relate to the past corporately by means of books, historical documents, oral history, and audio and video recordings.

This is particularly relevant now because we have the capacity to do historical documentation through eye-witness accounts on a very large scale. Literally millions of people, for example, have watched footage of the assassination of John F. Kennedy at the hands of Lee Harvey Oswald. So many people have seen this video that it has become a part of our collective cultural memory.

Past causes of present effects:

When I struggled to slide that belt through the fabric waistband in my baseball pants, my difficulty was caused by decisions that had been made long before I was born. I was relating to the past in terms of past causes of present effects.

Read more about the importance of memory in this blog about higher education.

Even your most mundane habits are formed by past events.

One of those past causes has to do with John McGraw, the player-manager for the New York Giants at the turn of the century. He played third base. When the runners would take a lead off third base with only one umpire at home plate, he would slip his finger into the opposing player’s belt loop and hold him back.

Another story has to do with Cap Anson, the captain of the Chicago White Sox in the 1880’s. They were playing the Boston Red Sox one day and King Kelly was on first base. Kelly took his lead off first base as the runner and Cap Anson, playing first base, came up behind him and gave the pitcher a signal–something to the effect of, “Make a quick throw to first. I’ll dash over there and get it and we will have him trapped because he thinks I am not holding him.”

King Kelly saw that the pitcher was turning to throw to first, and he knew he was going to be out. He turned and grabbed the belt loop on Cap Anson’s pants and held him. The ball sailed over first base and King Kelly ran to third base.

Cap Anson was furious! He screamed at the umpire. The umpire said, “I did not see any monkey business on that play.” Cap Anson said, “I tell you what, I’ll make sure that no more blind umpires cause me any trouble again.”

I also refer to baseball in this blog “Dizzy Dean and the Faithfulness of Jesus Christ.”

We relate to time through memory and promises.

Anson went to the team tailor, the man who had made the team uniforms, and had him make up a new pants design with no belt loops. That is why modern day Little Leaguers can’t easily put on their belts–the belt loops have been taken away.

Our relationship to the past makes itself evident in ways you might not expect. We relate to the future in similar ways. Although we do not have a memory of the future, we do have promises about the future.

Those promises are the counterpart to memory. Memory reflects back upon what has happened while promises state what will, in fact, take place.  I’ll explain more about those future promises, and about the character of the one who makes them, in my next post.

The preceding was adapted by Rachel Motte from a sermon Dr. Sloan delivered at Tallowood Baptist Church on June 17, 1990.