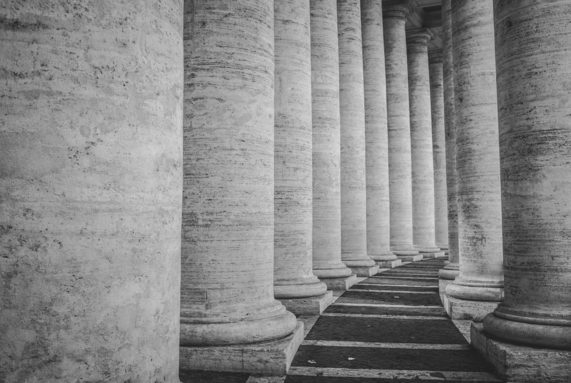 In Paul’s final greetings to the church in Philippi, we are challenged to consider some things about the nature of the Gospel and the power of prayer:

Greet every Saint in Christ Jesus.  The brethren who are with me greet you.  All the saints greet you, especially those of Caesar’s household.  The grace of the Lord Jesus Christ be with your spirit. (Philippians 4:21-23)

Remember that, according to the generally accepted historical tradition, Paul wrote this letter from prison. That much is clear from Philippians 1.  Probably about 90% of New Testament scholarship would agree that Paul wrote this letter from Rome, although there are those who argue that he may have been in Caesarea.  The date of this letter is somewhere around 58 – 60 AD if it was written from Caesarea (some argue for Ephesus, but there is no evidence whatsoever that Paul was ever imprisoned in Ephesus), or 60 – 62 AD if it was written in Rome.

In verses 21 and 22 three greetings are expressed:

“…especially those of Caesar’s household.”  Apparently this group had particularly requested that their greetings be sent.  This would be a remarkable greeting even if this letter was written in Caesarea, but it was, in all likelihood, written from Rome.

The greeting is remarkable because of the household from which it was sent. If this letter was written in Rome, then we know that this is a reference to those who were on staff in the household of Nero.

Within just a year or two of the writing of this letter, Nero came to be well known for his torturing and execution of Christians. His economic policies and political power were failing, and Nero wanted someone to blame. He claimed that the Christians were responsible for the great fire that ravaged the city of Rome, and he rounded them up as prisoners. He ordered that these Christians be tied to stakes, dipped in pitch, and burned alive to light his race track at night.

Though this particular act did not take place until a year or two after Paul’s letter to the Philippians was written, the tension that led up to it would have already been palpable in Nero’s household.  It would have been a courageous thing for anyone in Caesar’s household to confess faith in Jesus Christ.

The preceding was adapted by Rachel Motte from a sermon Dr. Robert B. Sloan delivered at Tallowood Baptist Church on May 13, 1990.

← What does it mean to live "in Christ Jesus?" The Power of the Gospel: What You Need to Know →