Christians and Competition: What You Need to Know 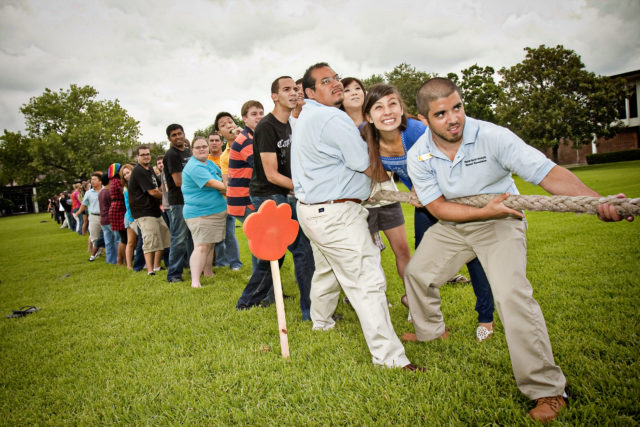 Our culture is especially competitive.  At first glance, Paul’s message to the Corinthians seems to reinforce the competitive lifestyle that we have adopted here in the western world:

Do you not know that those who run in a race all run, but only one receives the prize? Run in such a way that you may win.  (1 Corinthians 9:24)

“Run in such a way that you may win.”

This statement is kind of surprising.  It doesn’t sound much like some of Jesus’ famous teachings: “Turn the other cheek” (Matthew 5:39); “If anyone wants to sue you and take your shirt, let him have your coat also” (Matthew 5:40); “Whoever forces you to go one mile, go with him two” (Matthew 5:41). These sayings do not typically strike us as being competitive.

Maybe there’s a problem with our ears.  When Paul says, “Run in such a way that you may win,” we immediately assume he’s referring to the competitiveness of our culture. We fail to appreciate the context and the real flavor of Paul’s argument.

1 Corinthians 8-10 has a great deal to say about the Christian lifestyle and ethical decision-making. This is not what we expect to hear when we think about what it means to be a winner in our culture; we think of being assertive, of using the rules of the game to our own advantage.

For more about ethical decision-making, read this blog about God’s divine ethics.

1 Corinthians 8-10 specifically talk about food offered to idols. When a pagan worshiper would take an offering to a pagan altar, only a portion of that animal or meat offering would be consumed by the fires of the altar; the rest would belong to the priest.  This was a common practice even in Judaism. The priest would then wholesale the meat out into the marketplace or into the restaurant attached to the temple.

The moral dilemma for the Corinthian Christian was this:  “If I go into the marketplace and buy meat, how do I know whether that meat has been offered to a pagan god or goddess?  Can I, as a Christian, eat food that has been offered to an idol?”  This may not sound like much of a problem to us, but eating the food was itself often regarded as an act of worship.  Eating the food was a way of ingesting the god and being at one with a pagan god or goddesses.

One group in the Corinthian church said, “We cannot eat any of that.”  The other group said, “Since we know there is but one Lord through whom all things were created, we know that the idols are nothing, and the meat offered on the altar to a pagan god or goddess has been offered to nothing. Therefore, we are free to eat whatever we want.”

Knowledge is incomplete without love.

In 1 Corinthians 8, Paul agrees, in theory, with the group that believes Christians can eat whatever they want.  He insists, however, that they must not allow their knowledge to become arrogance.

…Knowledge makes arrogant, but love edifies. If anyone supposes that he knows anything, he has not yet known as he ought to know. (1 Corinthians 8:1-2)

We cannot live in isolation.  Life is not lived as if your rights and privileges and priorities were the only criterion operative in life. The real criterion is love.  I cannot live by myself.

I speak more about how we must lay aside our own rights and freedoms for the sake of others in my next blog.

The preceding was adapted by Rachel Motte from a sermon Dr. Sloan delivered at Tallowood Baptist Church on May 6, 1990.