How to Better Understand the Lord’s Prayer 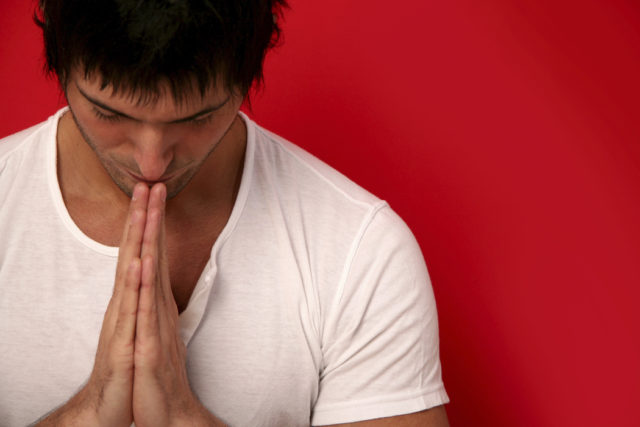 Sin begins with the inability to give God worship.  It is a denial of who we are; when we refuse to call God the Creator and to give Him the worship He is due, we deny that we are creatures. We begin to become less than human.

The Lord’s Prayer begins with worship.  This model prayer begins by adoring the Heavenly Father, acknowledging His sovereignty and power. All the best prayers begin in worship and devotion.

Our Father, who is in heaven, Hallowed be Your name.

Notice the name of God that stands at the beginning of this prayer.  No doubt you have heard sermons on the emphasis of this term “Father.”  It’s a powerful term.  The Old Testament contains passages in which the fatherhood of God is declared, but nowhere else in ancient Jewish literature has it been discovered that God was ever addressed in prayer as Father.

Notice here that Father is a family name, though that isn’t obvious in English.  Every language has both a formal name and a familiar or family name for father.  In German, for example, the formal name is “Vater,” but German children normally say “Vati.”  In English we do not normally say “Father;” we say something like “Daddy”.  Similarly, Aramaic toddlers would not have said “Abinu,” the proper name for father. Instead, they would have said “Abba.”

We read in Galatians 4:6 and Romans 8:15 that, because we have bowed the knee to the Risen Lord Jesus, we may address Him with the same family term that Jesus used to address the first person of the Trinity: Abba.

After the honor of God’s name is suggested in this prayer, the power of His rule is mentioned. Unfortunately the English word “kingdom” implies a geographical territory, which is not what is being suggested here.  The Greek word here can mean that, but it more properly refers to the Sovereignty and Lordship of a given King.  This is a petition for the rule of God, the will of God, and the power of God to be asserted.  In other words, “Oh, God, may your Lordship be manifested.”

Your kingdom come. Your will be done…

Notice the parallelism.  The coming of the reign of God is parallel to the doing of the will of God.  It is quite clear from the New Testament that the kingdom or the reign of God will not be fully manifested until Jesus comes again.

We have seen the beginning of the reign of God, but now here is a petition we ought to repeat:  “Thy kingdom come, Oh God.”  It is a prayer for the coming of the powerful reign of God.

Read “Why You Should Live for the Resurrection.”

There’s also an interesting parallelism in the next phrase:

On earth as it is in Heaven…

Where is the kingdom of God?  In the proper sense, the kingdom of God will be manifested in the future.  But Jesus declared quite clearly, “If I cast out demons by the finder of God, then the kingdom of God has come upon you.” (Luke 11:20) The kingdom of God is future and present whenever you and I bow the knee to Jesus Christ.  When we do the will of the Father who is in Heaven, we are living out our own prayers for the coming of the Kingdom.

Your kingdom come: may Christ be manifested in glory and power and sovereignty.  Your will be done: may we manifest Your kingdom in a beginning sort of way here and now through our obedience to Your will.

Read my discussion of the rest of the prayer in my next blog.

The preceding was adapted by Rachel Motte from a sermon Dr. Sloan delivered at Tallowood Baptist Church on April 29, 1990.