The Light of the World: He Spake by the Prophets 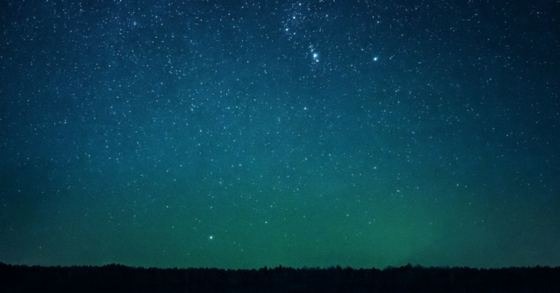 God’s Glory in the Tabernacle and the Temple

The first scene involves the building of the tabernacle, a portable sanctuary that the children of Israel carried with them as they wandered in search of the Promised Land. The Lord made His habitation in this tabernacle as He led them with a pillar of cloud by day and a pillar of fire by night.

Exodus 40:35 tells us that after the building of this portable sanctuary was completed, “the glory of the Lord filled the tabernacle.” The word glory here refers to the presence of the Lord. When the Lord had filled this tabernacle, His presence was so weighty that even Moses had to evacuate. He could not stand the overwhelming radiant heaviness of the cloud of the presence of God.

A similar occurrence is described in 1 Kings 8.

The priests could not stand to minister because of the cloud, for the glory of the Lord filled the house of the Lord. (1 Kings 8:11)

Even Solomon with all his wealth and power and prestige had to leave, so overwhelmed was he with the presence of God. Keep that in mind when John uses the word “glory” in his gospel. The glory of the Lord in the temple means the Lord is present with His people.

That’s why it was so disastrous when the glory of the Lord left the temple in the book of Ezekiel. When the Lord is no longer present with His people, His people will be destroyed.

The Glory Has Departed

That’s exactly what happened in the Old Testament. The Babylonians overwhelmed Solomon’s temple, and it was destroyed in the year 586 BC. Decades later, under Cyrus the Persian, some of the Children of Israel did return to the land, just as the prophets had promised.

These Children of Israel were oppressed by their surrounding neighbors who didn’t want to see the nation reestablished with the building of a new temple. By the time of the prophet Haggai, towards the end of the Old Testament, the building of the temple had still not been accomplished.

By the time of Jesus, Herod the Great had built a fabulous temple for the Jews, but no one really felt that the Children of Israel had returned. The temple and the priesthood were corrupt, and people were still waiting for the Messiah to come to make things right. In fact, the Pharisees had been established in an attempt to purify the Children of Israel. The reasoning was that, perhaps if the people were pure, the Lord would return in glory to His temple and dwell again in the midst of His people.

Behold, I am going to send My messenger, and he will clear the way before Me, and the Lord, whom you seek, will suddenly come to His temple… (Malachi 3:1)

The Lord did come to his temple, but it didn’t happen in quite the way anyone expected. The glory of God returned to the Children of Israel in the person of Jesus, the son of David.

Jesus Himself was the new temple, though no one understood that until after His death and resurrection. (John 2:22)

The glory of God was revealed when He said “Let there be light” and called all the worlds into being. It was further revealed when the cloud overwhelmed the priests in the tabernacle and in the temple. It was revealed in the face of the suffering Jesus who died in our place, and it is revealed when we carry about in our bodies “the dying of Jesus, so that the life of Jesus also may be manifested in our body.” (2 Corinthians 4:10)

At the moment of Jesus’ betrayal at the Last Supper — the betrayal which began the terrible march from the agony of Gethsemane to the arrest, the sham trial, the horrific flogging, and the terrible crucifixion — Jesus said, “now is the Son of Man glorified.” (John 12:23) In the breaking of the body of Jesus the presence of God is revealed.

The preceding was adapted by Rachel Motte from a sermon Dr. Sloan delivered at Kingsland Baptist Church on December 22, 2013. A video of his original remarks may be viewed here.