Revelation 4: Why Should You Worship? 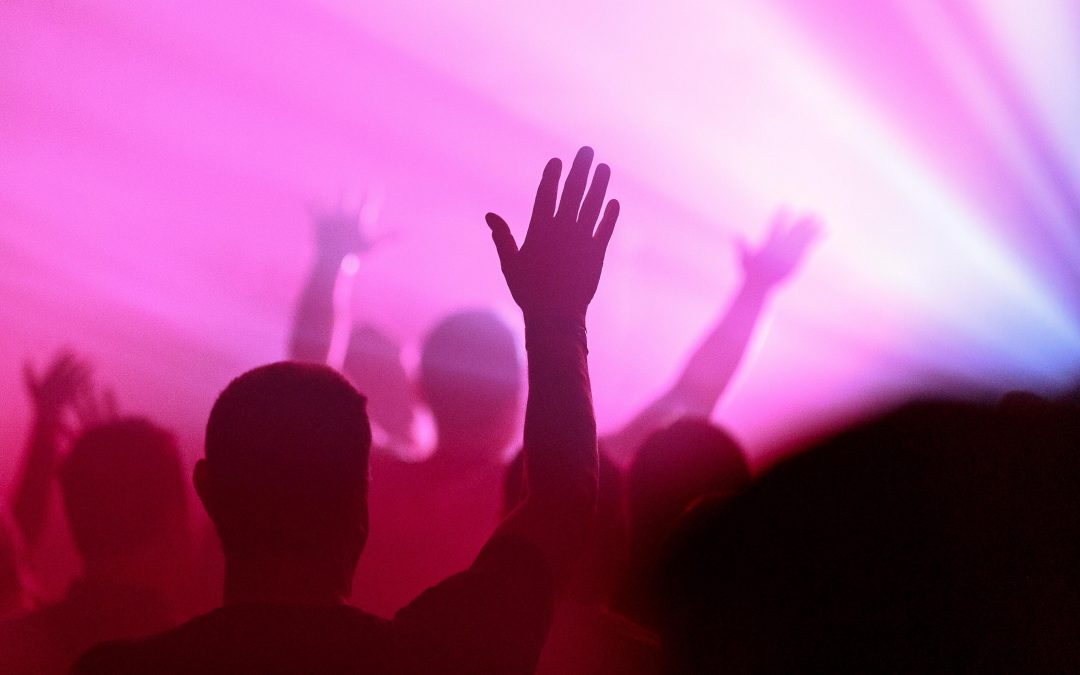 It can be easy for us to think that, when we attend church, we do our congregations and our communities a favor.

Don’t be deceived–we worship God because we owe Him our worship. He is the creator God, and it is good and right for His creatures to give Him the honor He is due.

The Old Testament prophet Daniel and the New Testament Apostle John both experienced dramatic visions of heaven. Worship was a key part of each of their visions, and it’s helpful to study what these men saw as we seek to worship the Lord.  John’s vision, described in Revelation 4-5, also helps explain for us some of the puzzling aspects of Daniel’s vision in Daniel 7.

Look, for example, at Revelation 4:1:

…behold, a door standing open in heaven, and the first voice which I had heard, like the sound of a trumpet speaking with me, said, “Come up here and I will show you what must take place after these things.

John was caught up through the doorway into heaven. He was taken into the heavenly spheres:

Immediately I was in the Spirit; and behold, a throne was standing in heaven, and One sitting on the throne. (Revelation 4:2)

Compare this with the prophet Daniel’s vision, generations earlier:

I kept looking
Until thrones were set up,
And the Ancient of Days took His seat…
His throne was ablaze with flames,
Its wheels were a burning fire. (Daniel 7:9)

Both Daniel and John went on to describe thunder and lightning, and rainbows of various precious stones.  These symbols are included to impress upon us the power and splendor of the one true creator God who is seated upon His throne.

Try to imagine this scene as you read John’s description:

These 24 elders are probably angelic creatures; John is giving us a description of the heavenly hosts.  He continues,

Out from the throne come flashes of lightening and sounds and peals of thunder.  And there were seven lamps of fire burning before the throne, which are the seven Spirits of God; and before the throne there was something like a sea of glass, like crystal… (Revelation 4:5-6)

Read more about why we worship in “Revelation 5: This is Why We Worship.”

I Am that I Am

The sea of glass reminds us that, in a sense, God is distant.  He dwells in “unapproachable light,” as Paul says at the end of Second Timothy.  His power, sovereignty, and majesty are now described:

“…around the throne, four living creatures full of eyes in front and behind.  [Note: They can see all that can be seen.]  The first creature was like a lion, and the second creature like a calf, and the third creature had a face like that of a man, the fourth creature was like a flying eagle.  And the four living creatures, each one of them having six wings, are full of eyes around and within; and day and night they do not cease to say, “Holy, Holy, Holy is the Lord God, the Almighty, who was and who is and  who is to come.”  (Revelation 4:6-8)

That last expression at the end of verse 8 is a reference to the sacred name of God, the name God revealed to Moses at the burning bush — “I AM.”  It is the first person singular in Hebrew: YHWH.  Scholars are uncertain of the exact pronunciation of this name because the Jews regarded it as so sacred that they would not even say it aloud.

That sacred name from Hebrew was taken over into Greek, from Greek into Aramaic, from Aramaic back into New Testament Greek, and then translated into English with the phrase, “Who was, Who is, Who is to come.”  It is an attempt to describe and encompass all of the power and sovereignty of God.  When the living creatures give glory and honor and thanks to Him, they worship Him who sits upon the throne.

Read more about the Names of God here.

Worship is the most important element in John’s vision:

The twenty-four elders will fall down before Him who sits upon the throne, and will worship Him who lives forever and ever,  and will cast their crowns before the throne…  (Revelation 4:10)

John is explaining for us what is happening in this magnificent vision of heaven.  He sees the Lord God upon the throne, the heavenly hosts, the four living creatures, the 24 elders, and he sees signs and symbols of power and majesty. The predominant experience is one of worship:

They cast their crowns, before the throne saying, “Worthy are You, our Lord and our God, to receive glory and honor and power.”  (Revelation 4:10-11)

Why is the One who sits of the throne worthy of such worship?

For You created all things, and because of Your will they existed, and were created. (Revelation 4:11)