Why did Paul defend his own apostleship? 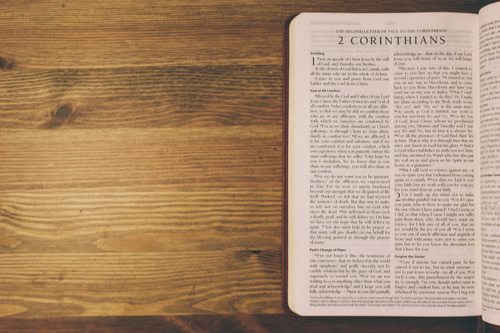 In 2 Corinthians Paul gives a sustained defense of his apostleship. He had received quite a number of “slaps in the face” from the Corinthian congregation, and from certain opponents in Corinth.

Though Paul was the founder of the Church and had spent some eighteen months with the Corinthian believers, various opponents attempted to draw the Corinthians away from Paul’s apostolic leadership within just a few years.

Whether then it was I or they [meaning other apostles] so we preach and so you believed. (1 Corinthians 15:11)

Paul was worried about false teachers.

What Paul feared when he defended himself in Second Corinthians was not routine preaching from other apostles. We can see in 2 Corinthians 11 that he was concerned about a group of preachers whom he described as “false apostles.” In fact, he sarcastically referred to them as “super apostles.”

Paul was afraid that the Corinthians would have their minds drawn away from the purity of devotion to Jesus Christ. These other preachers, he wrote, preached another Jesus, another Spirit, another gospel which he had not preached. (2 Corinthians 11:4)

Paul defended his apostleship, because in so doing, he also defended the gospel that he’d preached to them – a gospel whereby salvation comes through faith in the person of the crucified and risen Jesus.

Paul defended the gospel when he defended himself.

His opponents were saying things like, “Paul is not a real apostle. He does not have the Spirit upon him. He does not travel in the grace of God.” His opponents also pointed to the fact that Paul had to change his travel plans on his way to Corinth. Paul referred to this in 2 Corinthians 1:15:

In this confidence I intended at first to come to you, so that you might twice receive a blessing.

His opponents claimed that Paul did not have proper letters of recommendation. Paul responded,

Are we beginning to commend ourselves again? Or do we need, as some, letters of commendation to you or from you?  You are our letter… (2 Corinthians 3:1-2)

And so it goes throughout Second Corinthians. In chapters 3-5 the accusation seems to be that Paul was a con-artist. His opponents were saying things like, “Paul is overbearing. Paul seeks to extend his authority beyond proper limits. Paul is too assertive. He has a hidden agenda. You need to watch out for him.”

In chapter 10, Paul apparently had to defend himself against the accusation that he was not a very good preacher. He found himself, in chapter 12, referring to the fact that he had had visions and revelations, even though he did not think these were the most important signs of a true apostle.

In 2 Corinthians 6, Paul provides his credentials, and they are not what you might think.

Paul used the accusations against him to advance the gospel.

In 3:12, he began to answer the charge as to his boldness and assertiveness:

Therefore having such a hope, we use great boldness in our speech.

He was referring to the hope of everlasting life that comes through the preaching of this new covenant of Jesus Christ.

He admitted to having persuaded men in 5:11:

Therefore, knowing the fear of the Lord, we persuade men…

If you look at 5:13 you can almost hear Paul’s opponents saying things like, “He’s too assertive. He’s to bold. He’s beside himself. He’s crazy. He’s overly ambitious:”

Paul responded to his critics, “For the love of Christ controls us…” or as the King James says, “constraineth us.”  (2 Corinthians 5:14)

Therefore we also have as our ambition, whether at home or absent, to be pleasing to Him. (2 Corinthians 5:9)

Finally, in 5:20, he did exactly what his opponents claimed he would do – he pleaded emotionally with the Corinthians:

Therefore we are ambassadors for Christ, as though God were making an appeal through us; we beg you on behalf of Christ, be reconciled to God.

“We beg you…” I take these words seriously because they address Paul’s critics.

What could make a man like Paul beg?  I’ll look at that question more closely in my next blog post.

The preceding was adapted by Rachel Motte from a sermon Dr. Robert Sloan delivered at Tallowood Baptist Church on February 11, 1990.

Robert B. Sloan is also a young adult fantasy author. His latest book is Hamelin Stoop: The Lost Princess and the Jewel of Periluna. You can watch a trailer of his newest book below.

← Philippians: Live Faithfully, No Matter What What Would Make A Proud Man Beg? →