How Should Christians Think About Money? 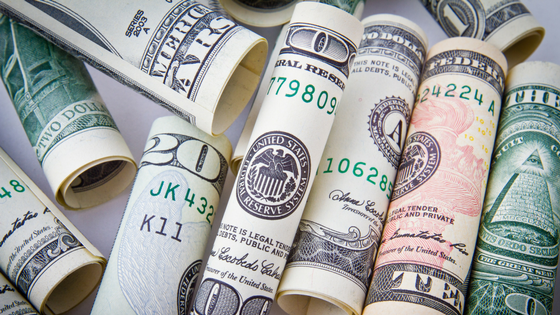 Leave it to the Lord, just as Paul did:

I’ve learned to be content in whatever circumstances I am… I can do all things through Him who strengthens me. (Philippians 4:11, 13)

Paul didn’t strive after wealth, but he was still grateful for the Philippians’ gift to him:

You have done well to share with me in my affliction. (Philippians 4:14)

Paul’s friends in Philippi were partners with him. They had a koinonia with him in his affliction, and he wanted them to know how special they’d been throughout his lifetime of ministry. He referred to the arrangement that he had with them in the matter of giving and receiving:

You yourselves also know, Philippians, that at the first preaching of the gospel, after I left Macedonia, no church shared with me in the matter of giving and receiving but you alone. (Philippians 4:15)

This doesn’t come through in the New American translation, but “the matter of giving and receiving” refers to an arrangement, almost like a contract.

Paul had an agreement with the Philippians. He wouldn’t take money from other churches—but the Philippians were a special case. Even so, Paul’s focus was not upon the gift itself, though he did appreciate it.

Ultimately, the gift was not an end in itself. The end was the effect that the gift had upon the Philippians.

Stewardship begins with the character of God.

Take a look at 2 Corinthians 8 and 9 sometime.  The whole passage has to do with an offering and a collection that Paul was taking for the Christians in Jerusalem. He was collecting money, and yet he never used a standard word for money. Instead he wrote about gifts and blessings, because ultimately it all begins with the character of God.

In 2 Corinthians 8:9, for example, Paul described the whole life of Jesus using a financial metaphor:

For you know the grace of our Lord Jesus Christ, that though He was rich, yet for your sake He became poor, so that you through His poverty might become rich.

In other words, Jesus left the richness of the Father to take on human form so that, through His weakness and poverty, we might be richly transformed.

Questions of stewardship and money, for the Christian, always begin with the character of God. His mercy, generosity, and grace have been revealed to us through Jesus Christ.

Your giving is a reflection of God’s work in your life.

Paul knew that the Philippians’ gift to him was a reflection of the work of God in their lives, and that God would bless them because of it.

Jesus said, “What you have whispered in the inner rooms will be proclaimed upon the housetops.” (Luke 12:3) Paul echoed this in 1 Corinthians 4:5: “Wait until the Lord comes who will both bring to light the things hidden in the darkness and disclose the motives of men’s hearts…”

The God who knows all and cares about every detail will one day, as it were, open the books. Paul knew this, and he was glad that his friends in Philippi would be blessed by God for their contributions to him.

The preceding was adapted by Rachel Motte from a sermon featured on Dr. Sloan’s radio program, A Higher Education, on August 5, 2013.