What Does it Mean to Be “a Hebrew of Hebrews?” 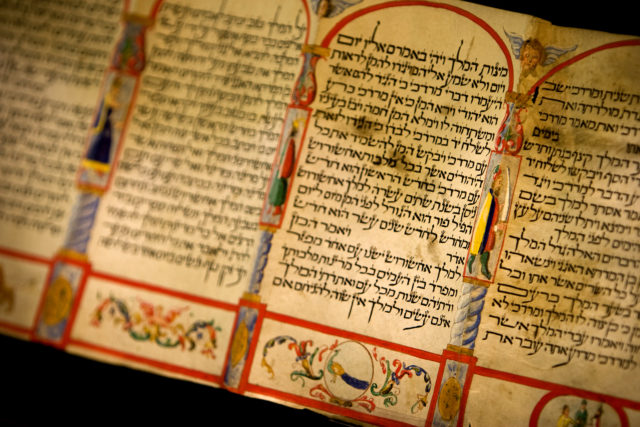 If it were possible to gain salvation by obeying the Jewish ceremonial laws, the Apostle Paul would have been one of the best qualified Christians in history.

Paul was concerned about how his friends in Philippi might react to false teachers. These teachers followed him from place to place, persuading new converts that they must keep the Jewish ceremonial laws if they hoped to be saved. He told the Philippians that, if there were a confidence in the life of the age to come based upon those criteria, he could trump anyone.

Paul listed his Jewish credentials in Philippians 3:5-6. Let’s take a close look at those verses together:

Circumcised the eight day, of the nation of Israel, of the tribe of Benjamin, a Hebrew of Hebrews; as to the Law, a Pharisee; as to zeal, a persecutor of the church; as to the righteousness which is in the Law, found blameless.

“Circumcised the 8th day, of the nation of Israel…”

Paul was born a Jew, and was circumcised according to Jewish custom. He was of the nation of Israel, and thus privy to all the benefits that ethnicity and culture had to offer.

“…of the tribe of Benjamin, a Hebrew of Hebrews…”

Not only was Paul of the nation of Israel, he was also of the Tribe of Benjamin. Benjamin was a favorite tribe among the Jews for several reasons:

Paul’s name, as you’ll recall, was originally Saul. Not only was he a Jew from a popular tribe who had participated from birth in all the proper rituals, but he was also named for a Jewish king.

The Pharisees were the great teachers of Israel. They were zealous for the Torah of Israel, and zealous to fight against any incursions against the temple. The Pharisees often lead young men into terrorist activities, to defend the purity of Israel and the Mosaic law.

“…as to zeal, a persecutor of the church…”

When Paul uses the word zeal here, he’s referring to violence. He was willing to use violence to enforce the Torah of Moses. He persecuted the church because he thought they were blasphemers.

“As to the righteousness which is in the law, found blameless.”

In other words, “As to the kind of righteousness that could come from the law as I understood it, I lived it blamelessly by the most rigorous ethnic standards.”

Paul probably doesn’t mean here that he was without sin, but that he followed the law completely according to the law’s own standards. He offered the proper sacrifices at the proper times, he studied Torah, he lived by all the purity laws, and he forced those purity laws on others.

When false teachers told new gentile Christians they had to have a Jewish ethnic identity and keep the Jewish ceremonial laws in order to be saved, then, Paul was in a good position to say “No, I’ve been down that road, and it does not have the power to save. The gift of the Spirit does not come by the works of Torah.”

The Jewish Saul would have been wealthy. He was a young protégé of the greatest Pharisaic leaders. He studied at the feet of Gamaliel, and the Pharisees assigned him the task of leading a delegation against the Christians. He had access to power, money, prestige—and he lost these things when he answered the Lord Jesus’ call.

I’ll say more about this—and about how he chose to respond to these losses—in my next blog.

The previous was adapted by Rachel Motte from a sermon featured on Dr. Sloan’s radio program, A Higher Education, on July 31, 2013.

← Salvation is for All [Video] The Church and the Pastors [Video] →

Robert B. Sloan released book two Hamelin Stoop: The Lost Princess and the Jewel of Periluna of his young adult fantasy series in February 2017. Learn more about the series at HamelinStoop.com.