Philippians: Citizens of the Kingdom of God 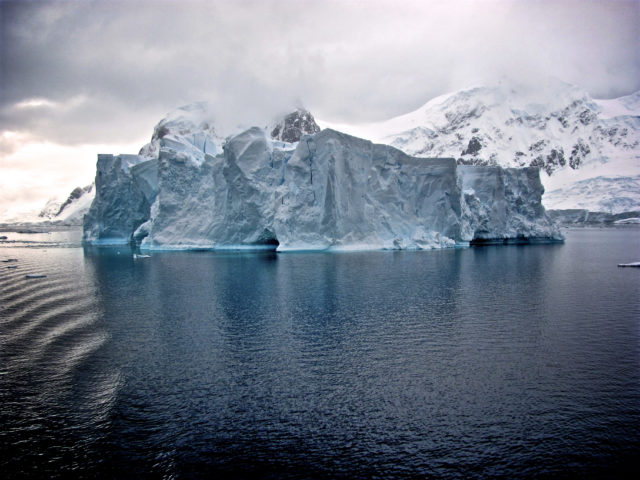 The sinking of the Titanic on April 15, 1912, resulted in one of the greatest peacetime losses of life in the history of ocean travel. The ship hit an iceberg a little before midnight on April the 14th, and then on the 15th, about 2 hours and 40 minutes later, it split apart and sank.

Witnesses said that the captain, Edward Smith, was heard many times shouting to his crew as the people scrambled for the few available lifeboats, “Be British boys, be British.” It was a shorthand way of saying, “Be disciplined, be strong, be men, do what you’re trained to do, and do it with courage.” Be British, boys, be British.

The apostle Paul said something similar in Philippians 1:27:

Conduct yourselves in a manner worthy of the gospel of Christ, so that whether I come and see you or remain absent, I will hear of you that you are standing firm in one spirit, with one mind striving together for the faith of the Gospel.

I’ve mentioned before that a more accurate rendering of this verse would begin with something like, “citizen yourselves in a manner worthy of the Gospel of Christ…” The concept of citizenship was very important to the Philippians, just as it was to the British men aboard the Titanic.

What does it mean for us to be citizens of the Kingdom of God? How are we supposed to act in this life?

Paul answers these questions in several ways in Philippians 1. In the first place, we’re supposed to strive together for the faith of the Gospel. (Philippians 1:27)

We have to start by knowing what the Gospel is. Some Christians don’t like the word theology. They say things like, “I don’t have any theology, I just believe the Bible.” Or, “I don’t believe in a theology, I believe in Jesus.” It’s true that not everyone knows much about systematic theology, but all Christians do share a set of beliefs.

Story of the Bible

Secondly, we believe that God has used Israel, that Israel has a Messiah, and that the long awaited Messiah has already come. This Messiah was crucified, but dramatically and supernaturally raised on the third day. He died sacrificially for the sins of human kind, was raised by the power of God the Father, and was vindicated to demonstrate that he really is God’s Son. All who believe in Him receive the Spirit of God, and become part of the Church. We serve God in the world while we wait for our Savior to appear from heaven.

What I have succinctly described above is the large story of the Bible. Read a more detailed summary in this blog.

What is the Gospel, and what does it mean?

I once had lunch with a young man who was preparing to be a missionary. When I asked him what he planned to do, he said, “I’m going to go tell people what Jesus has done for me. I found new life—my life used to be meaningless and now I have purpose.” I gave him some Scriptures to think about and suggested he ask himself, “What is the Gospel, and what does it mean?”

When we next met he admitted, “I see your point. The Christian faith is encapsulated in this thing we call the Gospel, and I’m not necessarily supposed to just tell people about the psychological joy that I feel. My life does have more meaning because of the Gospel, but I need to tell people about the crucified and risen Jesus who died and was raised for our salvation.”

Paul talks about the Gospel throughout his letters. In 1 Corinthians 2:2 he refers to the Gospel as “Jesus Christ, and Him crucified.” In Romans 10:9 he tells us to “Confess with your mouth Jesus as Lord, and believe in your heart that God raised Him from the dead, you shall be saved.” Paul can say it and emphasize it in different ways. In Romans 6 he associates death, burial, and resurrection with baptism. In 1 Corinthians 15 Paul gives a kind of four-fold outline of what the Gospel means. He says the Gospel is that which saves us, and then he goes on to say,

However you want to slice it up, the fact is that the long awaited son of God came to earth for our salvation, was crucified for our sins, and raised for our justification. There should be no watering down of this basic set of core beliefs.

If you don’t believe the Gospel, you’re not a Christian. Christians believe the Gospel. There’s a content and a theology to that Gospel, however simple its expression might be. We learn the pillar posts of the truths of God just by believing in the most fundamental and foundational things taught to us from Scripture. There are things that Christians believe, and we should contend together for the faith of the gospel.

What else can we do to live as citizens of the Kingdom of God? Paul gave several instructions to his friends in Philippi, and I’ll look at more of those in my next blog.

The previous was adapted from a sermon featured on Dr. Sloan’s radio program, A Higher Education, on July 23, 2013.