Momentum: It Will Be Given to You in That Hour 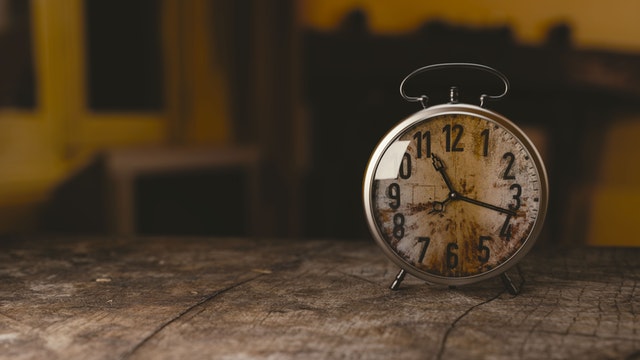 Our Lord told his disciples in Matthew 10 that one day they would be hauled before kings and governors for His name’s sake:

He didn’t mean that the disciples should fail to prepare for persecution, but that the Spirit of God would be with them in those days of great conflict.

How do you prepare for conflict like that? How should we respond in the moments of life when we feel pressure with regard to our faith?

Religious Freedom in the United States

We in the United States live in a marvelous island of freedom, historically. For over two hundred years our republic has upheld and supported religious freedom. Our Bill of Rights states that “Congress shall make no law establishing a religion, or prohibiting the free exercise thereof.” We have enjoyed a marvelous degree of religious freedom.

Throughout human history people have not typically been free to worship as they wish. In most every other place on this planet, religion, theology, the military, culture, and family have all been virtually the same thing. For most of the world throughout history, to give up or to change one of those was to lose all of them.

We in the United States have the advantage of living in a nation that was founded on a Christian worldview, but that was not the case for the Philippians. Their worldview was in conflict with the ruling authorities.

Even in the freedom that we enjoy, I’ve noticed in my adult life that there has been an encroaching pressure by governmental authorities. At HBU we recently had to sue the federal government over the Health and Human Services Mandate. Our government has mandated that we must provide, in our insurance coverage, contraceptives and abortion inducing drugs. This is an encroachment upon our religious freedom, and when anyone’s religious freedom is infringed, it endangers all of us.

This requirement applies to all businesses, not just churches and schools. This is wrong. An individual businesswoman or businessman should not be forced to provide something that is against their conscience. Doctors and nurses should not be forced to provide services that go against their consciences as Christians. These are the days we’re seeing now.

We do live in a marvelous place of freedom. Still, there is an encroaching pressure that we have to be alert to. We’ll probably never be persecuted in a way that would endanger our lives or even threaten us with the massive commercial boycotting that Christians in the New Testament times experienced. Still, there is a clear social pressure that may come upon any Christian, in any culture, at any time and in any place, even in this marvelously free land in which we live.

Not many years ago, for example, it would have been unthinkable for the public to condone same-sex relationships and to award them the status of marriage. That has changed. In fact, those who speak out against same-sex “marriage” are liable to be labeled as hateful, or bigots. It’s as if the question can’t even be discussed anymore.

Things have changed. How should we deal with that? I’ll look at that question in my next blog when I’ll say more about how Paul encouraged his friends in Philippi in the midst of such struggles.

The previous was adapted from a sermon Dr. Sloan delivered on his radio program, A Higher Education, on July 22, 2013.