Philippians: What is Larger Than Life? 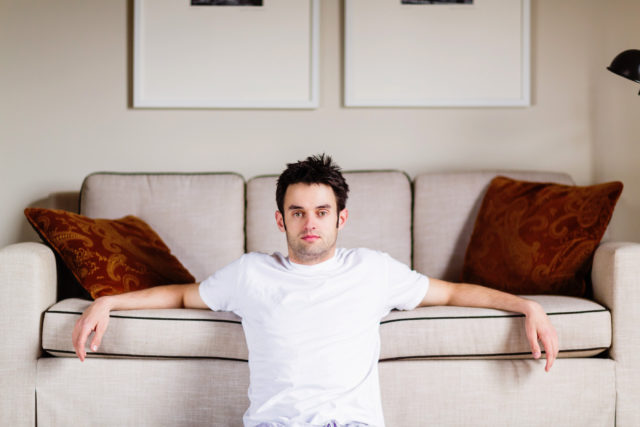 Are you living for yourself, or for something larger?

One of the themes of Philippians 1 is that we should focus on much more than just ourselves. The Apostle Paul exhorted the Philippians to share his focus on the progress and advancement of the gospel. God is doing something in the world, and he wants us to join in.

Rather than becoming absorbed with our own egos, you and I must realize that we are part of God’s grand sweep, and a part of the progress of the gospel. Paul believed that his life was not his own. He knew he had been bought with a price, and he devoted his life to the progress of the gospel. You and I are not apostles, and we don’t write Scripture, but we are part of the body of Christ. God is doing something in the world through that body.

Read more about the Body of Christ in this blog.

The whole Bible is about God’s mission, from creation through the Fall, from Abraham, Isaac, Jacob, and Israel, to the Messiah Jesus. God is at work in the world and he has called us, through the gospel and by the Spirit, to participate in that work.

Think of what God is doing in the world throughout Scripture as a kind of play or drama. It has different acts to it, and different movements within each act. You could divide this up in any number of ways, of course, but here’s one scheme that should help you get a feel for the broad narratives Paul had in mind when he wrote his letter to the church in Philippi.

God saw all that he had made and it was very good. (Genesis 1-2)

You can read about this catastrophic rebellion in Genesis 3. Adam and Eve sinned and were cast out of the garden.

Act 3 covers everything from the casting out of the garden all the way through the rest of the Old Testament to the story of Jesus. Put simply, it’s the story of Israel.

Act 4 tells the story of Jesus, the culmination of the history of Israel. Jesus Christ is the Messiah, the long awaited son of David. He taught and performed miracles, but He was rejected by His own people. He was crucified and buried, but miraculously rose from the dead, three days later. The Scriptures tell us that now He is enthroned at the right hand of the Father.

Act 5: Preaching of the Gospel

We live in the midst of act 5. The story’s not yet over. So far, the fifth act has involved the preaching of the story of Jesus—the progress of the gospel. God is at work, and in spite of the Fall, we can each come back to worship the one true God who’s revealed himself through the crucified, risen, and enthroned Jesus. We are called to announce that message to the world. Nothing has happened yet to push us into the next act. It’s been 2,000 years since the ascension of Jesus, but we’re still working toward the progress of the gospel.

At the end of the age Christ will come again, and that will be the beginning of a 6th great epic. The dead will be raised, there’ll be a great judgment, and the curse will be lifted from creation. Paul refers to this in Romans 8, and Revelation 21-22 speaks of the creation of a new heaven and a new earth. The kings of the earth will bring their glory into this new heaven and new earth, and there will be no need for any light, for the Lord Himself will be there. Revelation also speaks of God’s people, who serve God night and day. Once the new heaven and the new earth and the new creation are completed, new stories will unfold.

We’re still in act 5. Our age is the age of disease, of the catastrophes of the French Revolution, of the totalitarian genocides of the 20th century, and of the continuing evils of the 21st century. We’re still tasked with preaching the gospel.

2 Peter refers to this:

The Lord is not slow about His promise, as some count slowness, but is patient toward you, not wishing for any to perish but for all to come to repentance. (2 Peter 3:9)

God is patient so that the gospel can be preached. When Jesus spoke about the end of the age in Matthew 24, He said,

This gospel of the kingdom shall be preached in the whole world as a testimony to all the nations, and then the end will come. (Matthew 24:14)

We are in the 5th act of this long story. We’re called to work for the advancement of the gospel. Paul interpreted his life in light of that mission, and so should we.

As we continue our study of Philippians, we’ll learn how Paul used the terrible circumstances of his imprisonment for the advancement of the gospel. Paul was a prisoner, but he was also the representative of the true Lord. Jesus is Lord, and Caesar isn’t.

The previous was adapted from a sermon featured on Dr. Sloan’s radio program, A Higher Education, on July 18, 2013.