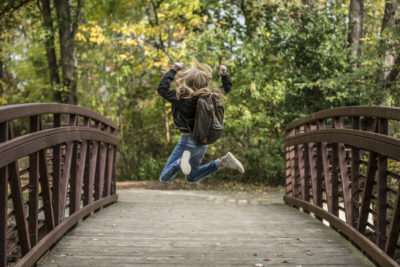 In my last post I described the series of events that led to Paul’s founding of the church at Philippi. He left Philippi to continue his missionary travels and his preaching of the gospel, and years passed before he wrote the letter that makes up our book of Philippians.

Paul had had quite the missionary career in those intervening years. He suffered greatly for the cause of Christ. He was imprisoned in Caesarea for a couple of years because of an assassination plot; he was arrested in Jerusalem and imprisoned there; and he finally appealed to Caesar as a Roman citizen.

Paul was imprisoned in Rome when he wrote his letter to his friends in Philippi, and he twice referred in the opening verses to his chains:

For it is only right for me to feel this way about you, since I have you in my heart, since both in my imprisonment and in the defense and confirmation of the gospel, you all are partakers of grace with me… my imprisonment in the cause of Christ has become well known throughout the whole praetorian guard and to everyone else. (Philippians 1:7 & 13)

The New American Standard Bible uses the word “imprisonment,” but it literally refers to his chains. He probably was chained to his guards. Only someone of very high social standing would not have been chained under normal Roman imprisonment circumstances.

The Possibility of Paul’s Impending Death

There is an additional sort of emotional tug that’s present in every word of the book of Philippians.

That’s because of the highly potential impending death of Paul:

For I know that this will turn out for my deliverance through your prayers and the provision of the Spirit of Jesus Christ, according to my earnest expectation and hope, that I will not be put to shame in anything, but that with all boldness, Christ will even now, as always, be exalted in my body, whether by life or by death. (Philippians 1:19-20)

Paul believed he would be released from prison, but in some ways this may have been a kind of prayer confidence that was different from real certainty.

You can read more about the resurrection in this blog.

Philippians is a very personal book. Paul was not only writing a letter of friendship to dear Christian friends at Philippi, but he was also in a Roman prison. He knew he might die soon, and his friends at Philippi knew it. There is, in many ways, a somber feel to the entire letter. This is ironic, because Paul mentioned the word joy, or some form of it, more in the letter to the Christians at Philippi than in all of the rest of his letters put together.

For Paul, the prospect of departing and being with Christ not only felt somber, pointing to his potential death at the hands of the authorities, but it also gave him a strange and unusual sense of joy.

Why was Paul able to be joyful in the midst of such difficult circumstances? I’ll say more about that in my next blog when we’ll begin to take a close look at Philippians 1.

The previous was adapted from a sermon featured on Dr. Sloan’s radio program, A Higher Education, on July 16, 2013.