Growing in Grace: Aging is Inevitable 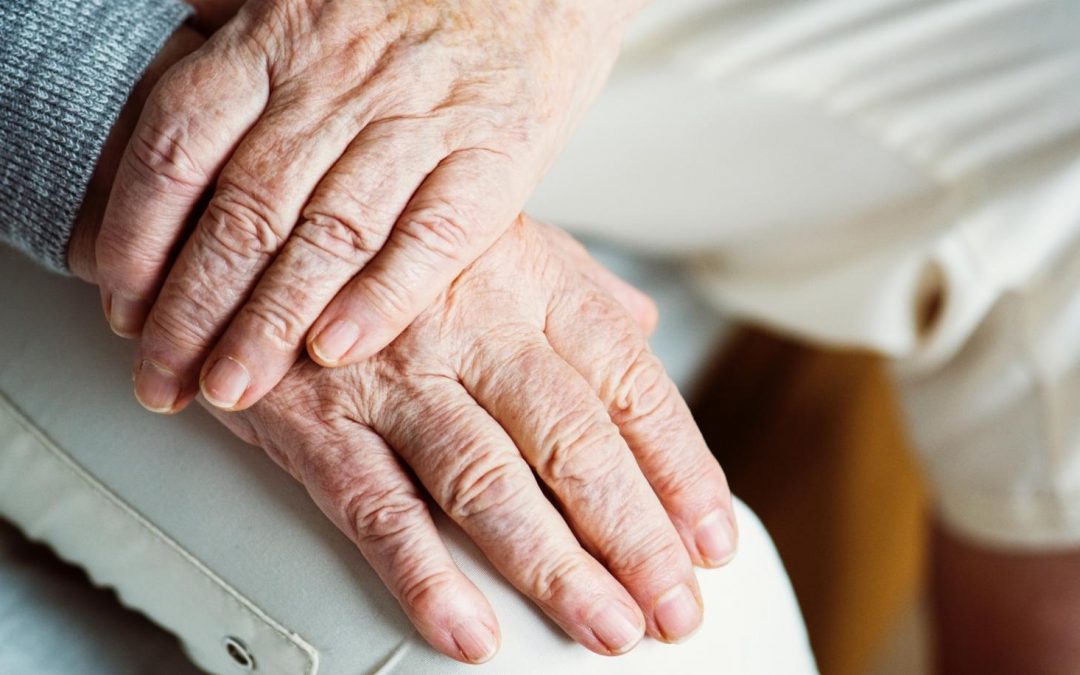 The aches and pains that often accompany the aging process can be so frustrating. I heard a humorous story once about a man who told his doctor, “Doctor, my right knee is bothering me. It hurts all the time.” The doctor examined the knee and said, “Well, Tom, I’m sorry, but you’re getting older, and you’ll just have to get used to it.” Tom wasn’t convinced: “But doctor, my left knee is just as old as my right knee!”

We all know that we will inevitably grow older and, eventually, die, but I think most people don’t actually understand that fact until later in life. It’s hard to explain what the aging process is like to someone who hasn’t yet experienced much of it.

Our bodies change as we grow older, and life doesn’t slow down just because we sometimes feel a little slower. Our life circumstances can change just as rapidly as they did when we were younger. On top of all that, our plans, dreams, hopes, and aspirations all change as we grow older. We become more realistic, we become accustomed to dealing with harsher realities, and we come to know that life is not always what we thought it would be.

Things change as we age, and the people around us don’t always understand those changes. I’ll never forget a story my mother told me when she was about 65. My mother had been an accomplished professional all her life. She came home one day and was furious because she’d gone into a shop and the young person who waited on her had talked down to her. This just infuriated her. She told the clerk, “I’m an adult. There’s no need to speak to me as if I were a child.” Of course, the young person was probably trying to be accommodating and complimentary, but my mother’s experience is a good illustration of the changes that we feel as we grow older.

I tell another story about my mother in this blog.

The Different Phases of Life

I began to grasp my own mortality when I was 56 years old. I had just left the presidency of Baylor. It was a painful time, both professionally and personally. Sue and I took some time off, and I thought a lot about what we might do next. For the first time in my life it dawned on me that I might not be as employable at age 56 as I was in previous years. That was a startling realization.

It was at about that time that our children started getting married. They’d already left home, but while we were delighted to see them settling down, their marriages represented another change. It became clear to us that we were entering a new phase of life.

During my second year as president of HBU, I was diagnosed with prostate cancer. Because I knew what I had was very treatable, I wasn’t too worried about it, but I noticed how much it worried my children. I remembered worrying about my parents and their health when I was a young man, and again, I realized I was entering a different phase of life. (I’m happy to report, by the way, that my treatments were successful, and I’ve been cancer-free for years.)

One night a few years ago, Sue and I were visiting with some good friends who are a bit older than we are. They told us about their house out in the country, and about how much they enjoyed it when their children brought the grandchildren over to visit. The life they described sounded ideal, and we told them so. They were quick to point out that, while a moment may be ideal, life never remains ideal forever—they were enjoying their home and family now, but in another decade they’d be in their 80s, and life would be different.

We are always called to serve the Lord.

Life is a process, and it has different stages and phases. One thing never changes: there is no time of life during which you should say “I used to serve the Lord.” Whatever our age, whatever our station, whatever our health, God has called us to follow him.

How can we best follow God as we grow older? The book of Philippians shows us how the Apostle Paul interpreted his life as he grew older. I’ll take a close look at that in my next blog.