Marriage and its Opposites 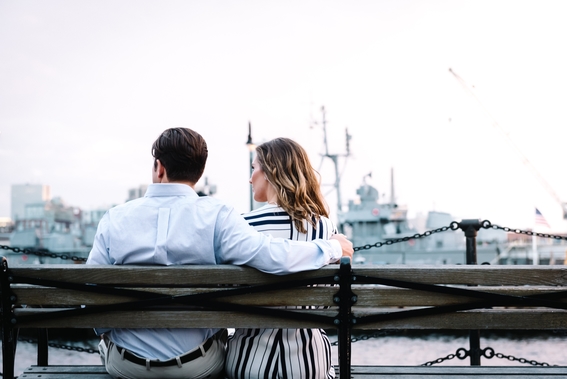 Scripture forbids homosexual behavior because it is the very antithesis of marriage. In Romans 1, Paul, with breathtaking speed, described homosexual experience as impure, dishonorable, degrading, and against nature. God, as an act of wrath, gave people over to those behaviors because they would rather worship the creature than the creator.

At War with Himself

It’s interesting that people who want to promote homosexual experience have to appeal to a false, very recent idea of sexual identity that is outside of one’s physical identity. They try, for the first time in human history, to create a sexual consciousness that’s separate from gender.  But if a man has a so-called inner sexual identity that is different from the way he’s physically made, he is at war with himself. You can never be a complete person when you have an identity that is at war with the most foundational, fundamental datum of your identity—that is, who you are as a man or as a woman.

Homosexuality is condemned throughout the Old and New Testaments, and anyone who tells you anything to the contrary is playing false with the plain, clear, and comprehensive meaning of scripture. Homosexuality is condemned because it is the antithesis of marriage, and it is the antithesis of that which constitutes the way God has made us. Same sex relations are dehumanizing.

Family and Marriage in Scripture

Scripture not only uses the language of family to describe God in our relationships, but it also gives us explicit instructions. There are instructions for all of the family in scripture:

In scripture we learn that all practices contrary to the nature of marriage and family are condemned. Why, for example, did God ban sexual behavior prior to marriage? Because it’s destructive of the marriage covenant. The nature of the sexual experience is that it is the consummation of the marriage promise and the marriage commitment. Not until two people have pledged a lifelong commitment to one another should they enter into the conjugal relationship of intimacy, pleasure, and mutual self giving that is the sexual experience between husband and wife.

The Blessing of Marriage and Family

A God-ordained family structure gives the opportunity for enormous blessing. Marriage can be challenging and difficult, but it’s so much better than giving up and giving in. Men and women are blessed with the opportunity to build a home with honor, fidelity, and commitment. They also have the opportunity, if God so blesses, to raise children—to teach them, protect them, and provide them with the stability they need to go on to become honorable people who themselves can know the joys of becoming what God has called them and made them to be.

The previous was adapted by Rachel Motte from a sermon Dr. Sloan gave at Houston Baptist University.