HE IS RISEN! The Importance of the Resurrection 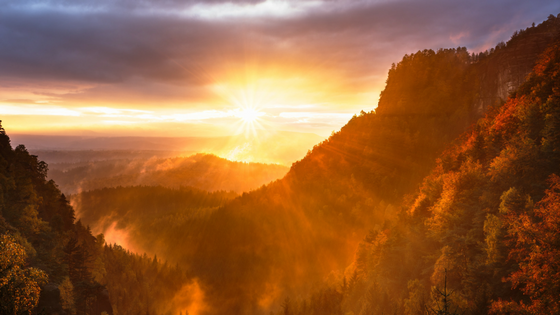 I remember watching my father, years ago, while he was dying.

That may sound a little morbid, but stick with me—we’ll get to the resurrection in a minute. He had emphysema, and we watched him suffer for a number of years as he slowly died.

“Bryan is not here.”

After he was gone I fixated, for a time, on the fact that my father’s body was dead. I’d been a Christian for a number of years—I’d been a pastor, I’d taught theology classes, and I’d even preached at funeral services—but I still had genuine moments of despair as I grieved the loss of my father.

Our pastor didn’t know I was struggling with this, but he said something very simple at the graveside portion of my father’s funeral that helped me. He said, “We lay here the remains of Bryan Sloan. Bryan is not here. He is with the Lord. But we honor the remains, this body that he inhabited.”

Somehow this helped break my focus off of the fact that my father’s body had died. I remembered the Apostle Paul’s teaching that “To be absent from the body is to be present with the Lord.” (2 Corinthians 5:8) It changed my perspective.

We will be raised with glorified bodies.

We all connect our selfhood with our bodies. That’s normal. I can know you because you’re a person and you have a body. These bodies of ours will perish, but the Bible teaches that, because Jesus was raised from the dead, we also will be raised with glorified bodies. My father will rise again someday with a new and better body.

Jesus’ death and resurrection, and their implications for our own resurrection, are the basis of everything we Christians believe and confess. From his resurrection flows the foundation of our thinking, the ground of our behavior, and the core of all the hope we have in the Christian faith.

Paul explained our resurrection in 1 Corinthians.

Unfortunately, this has not always been obvious to everyone. In his first letter to the church in Corinth, Paul had to explain to a group of professing Christians that Jesus’ resurrection meant they also would be resurrected on the last day.

It’s a fascinating text. Every one of the 58 verses in 1 Corinthians 15 covers the theme of Jesus’ resurrection in one way or another.

It is also one of the strangest passages in all the New Testament. It’s not that the content is unusual—it’s very basic. But, the way in which Paul talks about Jesus’ resurrection and its significance is unusual in that he takes a negative point of view.

The passage has as its rhetorical structure the question, “What if Jesus were not raised from the dead?” That’s an odd way to put the question, and it helps to know some context here.

Apparently some in Corinth had embraced the message of the crucified and risen messiah, but somehow they didn’t understand that Christ’s resurrection meant that they and their loved ones would also rise on the last day. Paul had to ask them in verse 12, “How do some among you say there is no resurrection of the dead?” It’s amazing that anyone should have said that, but Paul took it to be a serious enough problem that he devoted this lengthy chapter to it.

In 1 Corinthians 15:1-11, Paul attempted to prove that Jesus’ resurrection actually happened and could be verified. He said, in effect, something like this: “If you don’t believe what I’m telling you, there are plenty of eyewitnesses you could question.”

Many of the people who saw the risen Jesus were still alive when Paul wrote to the Corinthians. That’s what made the Corinthians’ mistake so startling to Paul. How could some among them say there is no resurrection of the dead?

The Greek understanding of material things

The Corinthians had been greatly influenced by Greek philosophy and religion, both of which emphasized a strong dualism. In other words, they believed that physical things—like the body—were not good. Why, they wondered, would a good God want to resurrect a physical body? It didn’t make any sense to them.

In scripture, the creation is good. It’s imperfect and fallen, but not because it’s material or physical; it’s shot through with sin because of human rebellion. Christianity teaches that the human willfulness to power brought about the Fall, not materiality.

The resurrection is the beginning of God’s new creation, the restoration of God’s good work.

All of Christianity is meaningless if Christ did not rise from the dead.

Paul argued that Christianity and all its practices would be meaningless if Christ had not been raised. Paul’s life was spent preaching, teaching, and strengthening fellow believers, so he had a lot at stake when he made this claim. When Paul wrote that his work as an apostle was in vain if Christ has not been raised from the dead, he was not only risking condemnation of himself, but of the life of the Christian.

Think about that. All that identifies us as Christians—our music, Bible study classes, prayers, confessions of faith, service to others, and the sharing of the Gospel—all are in vain if Christ was not raised from the dead.

Our practices may be poetic, they may be nice, and they may even be somewhat psychologically comforting. But, the truth is, if Christ is not raised from the dead, these are just aesthetic, artistic, psychological bromides.

One the other hand, if the gospel is true, then God speaks to us through our prayers, our confessions, and through our celebrating together at the Lord’s Table. The living God of the universe is present among us, and it matters.

Christ was raised. Our worship and service do matter. We are liberated from our sins. The dead in Christ will rise from the dead.

The previous was adapted by Rachel Motte from a sermon Dr. Sloan delivered at Houston Baptist University on April 11, 2010. A video of his original remarks may be viewed on Youtube.