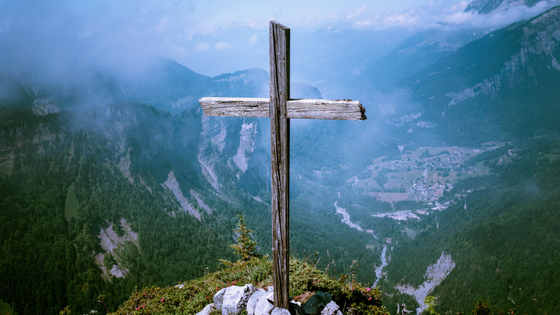 We talk a lot about what Jesus’ death means for us, especially in this season of the year. But what did death mean for Jesus? How did he interpret his life and his purpose in light of his own death?

Adam and Jesus Christ in Romans 5

The book of Romans makes a sustained comparison between Adam and Christ (Romans 5:12-21). Adam sinned, and in him all of humanity sinned. The result is death and condemnation. Christ, on the other hand, reversed the Fall, and in Christ all of humanity is offered the chance to accept redemption.

Adam’s story was replayed and perfected in the person of Jesus. The difference is, whereas the first Adam failed, the second Adam—Jesus—succeeded.

“For if by the transgression of the one, death reigned through the one,”—that is, through Adam—“much more those who receive the abundance of grace and of the gift of righteousness will reign in life through the One, Jesus Christ”—the other Adam.

“So then as through one transgression”—Adam’s disobedience—“there resulted condemnation to all men, even so through one act of righteousness”—that is, Jesus’ obedience—“there resulted justification of life to all men. For as through the one man’s disobedience”—Adam—“the many were made sinners, even so through the obedience of the One the many will be made righteous.”

Paul referred to Jesus’ life and death as “the obedience of the One.”

Philippians 2 says much the same thing:

Have this attitude in yourselves which was also in Christ Jesus, who, although He existed in the form of God, did not regard equality with God a think to be grasped. (Philippians 2:5-6)

In other words, Jesus did not regard his equality with God a thing to be clutched or held on to. Rather, instead of holding on to his royal heavenly glory, he

Emptied himself, taking the form of a bond-servant, and being made in the likeness of men. And being found in appearance as a man, he humbled himself by becoming obedient to the point of death, even death on a cross. (Philippians 2:7-8)

Notice how Paul again interpreted Jesus’ entire ministry in one phrase: “he was obedient to the point of death, even death on a cross.”

Jesus’ Obedience to the Father’s Will

May we, in this Holy Week, remember to put off the deeds of darkness, and put on love which is the perfect bond of unity. May we encourage and admonish one another, worshipping together so that we may be drawn together more fully into Christ’s likeness.

Jesus also understood himself to be fulfilling the larger story of scripture. You can read a summary of that overarching story here.

The previous was adapted by Rachel Motte from a sermon Dr. Sloan delivered on April 5, 2009. Robert Sloan is the president of Houston Baptist University in Houston, Texas.