Diversity of Thought: A Reason for Unity 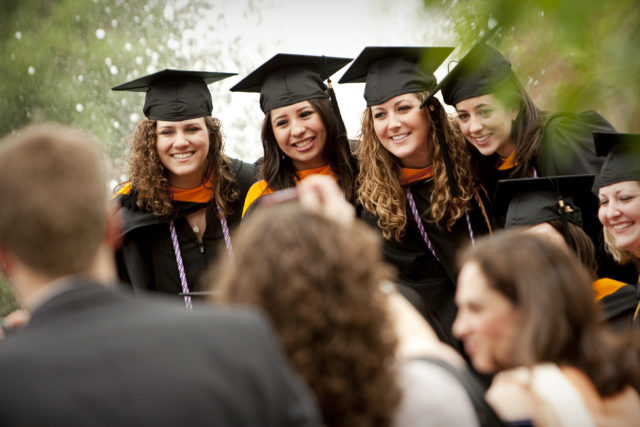 Universities spend a lot of time thinking about different kinds of diversity, and Houston Baptist University is no exception.

Diversity at the University

At our opening Convocation service each semester, the faculty members join me on stage in their full academic regalia. It’s a beautiful sight. It’s easy to see the diversity of thought represented in the different colors and emblems on their academic robes, and in their differently shaped hoods and caps. These variations in their robes represent the subjects they’ve studied—philosophy, science, mathematics, music, and the other disciplines each have their own traditions. It’s wonderful to see all of this rich academic diversity come together in unity.

This is, after all, a university. We bring together multiple disciplines, and we offer them up before students from around the world who have countless different experiences and backgrounds of their own. Together we form a learning community in which our differences can work to everyone’s advantage. We seek to pool our knowledge, to preserve and synthesize it, and then to present it to each other (and to you!) in engaging way.

When we’ve done our job correctly, our hearts, minds, and character are shaped in such a way that we are renewed. When we leave the university, we’re prepared to be salt and light—agents of change for the good in our world.

Read more about the academic programs at HBU and how they are taught from a Christian worldview in my HBU Faith and College Series.

Diversity in the New Testament writers

This kind of rich academic diversity reminds me of the kind of diversity that is represented in the New Testament.

Numerous authors wrote the New Testament. These writers had different experiences, different levels of education, different perspectives, and they wrote to different audiences. Despite these differences, all were under the inspiration of the Holy Spirit when they produced the documents that make up the New Testament.

Most scholars agree that the book of Matthew was written to a largely Jewish Christian audience. It certainly appeals to Jewish sentiment. Matthew wanted to show that Jesus was the long awaited Jewish Messiah. And while he concluded his book by saying that Christ is Lord over all things, and that this gospel must be preached in all the world, he nonetheless began with a very specific Jewish genealogy. Matthew wanted to show his readers that Jesus is a descendent not only of King David, but also of that first Jewish patriarch, Abraham.

The Gospel of Mark was mostly likely written to a Gentile audience—maybe even to a Roman church. There are some who think that Mark’s emphasis on Jesus’ miracles and on his exorcism of demons show that Mark was trying to point to Jesus’ Lordship over the cosmic powers.

The book of Luke is similar. Like Matthew, Luke wanted to show that Jesus is descended from Abraham and David. Luke also wanted his audience to know that Jesus is descended from Adam, and that he is the savior of all mankind. “For unto you is born this day,” the angels told the shepherds, “in the city of David, a savior who is Christ the Lord. And this shall be a sign unto you; you shall find the baby wrapped in swaddling clothes and lying in a manger.” (Luke 2:10-12) Luke is careful to tell us that this is good news for all of human kind.

Read more about the Christmas story from Luke’s gospel here.

The Gospel of John is a little different from the other gospels, but even so, there’s a profound coherence between the four books.

Think about that next time your university wants to celebrate its diversity. Diversity is meant to be unified. May we all be unified by the Lordship of Jesus Christ.

The previous was adapted by Rachel Motte from Dr. Sloan’s address to the 2010 graduates of Houston Baptist University on May 8, 2010. A video of his original remarks may be viewed here.