Watch and Pray: The Flesh is Weak 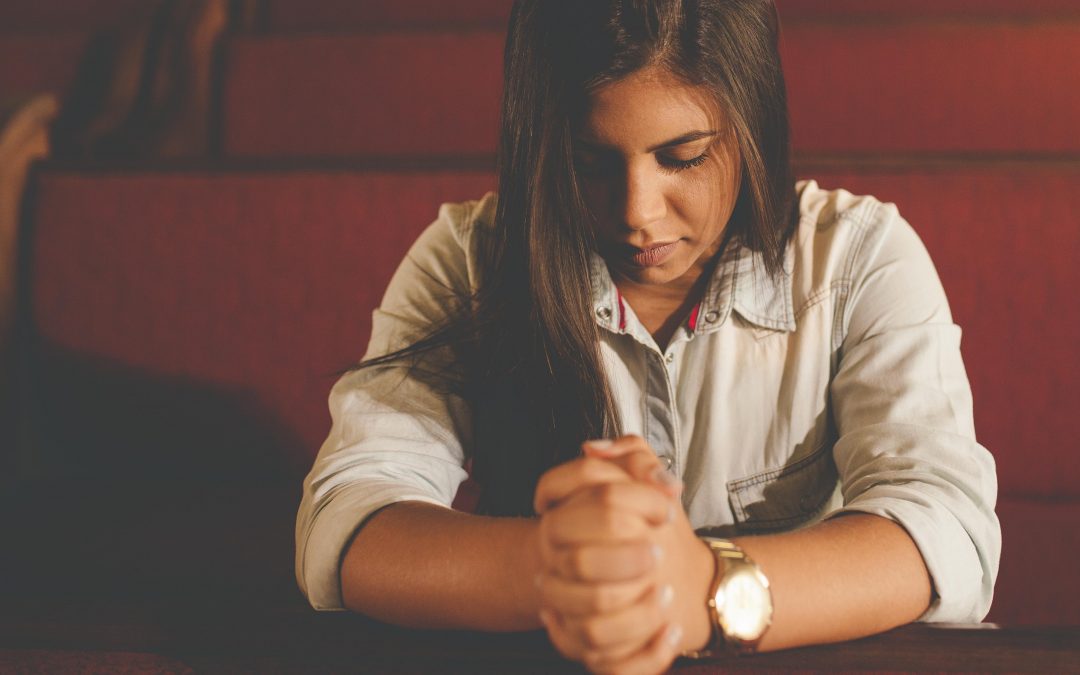 Rebellion against God will warp and twist your soul. It will change you, and will rob you of discovering who God made you to be.

The temptation to rebel can seem insurmountable at times, and our culture has seen to it that young people are hit especially hard. The younger generations have been educated in such a way that they actually believe they will flourish and be free if they can just have a chance at sexual promiscuity. By the time these kids reach college, in many cases the damage is already done.

How can we prevent this from happening?

The Apostle Peter knew how. He told his readers repeatedly to “be on the alert” (1 Peter 5:8), to “be of sound judgment and sober spirit for the purpose of prayer” (1 Peter 4:7). In other words, we are to watch, and to pray—to be careful and attentive.

When Peter said these things he had a difficult personal memory in mind. It’s not immediately obvious, but I think we can assume that Peter was thinking back to the Garden of Gethsemane, when Jesus rebuked him and the other disciples for not keeping watch with him.

We think of the story of Gethsemane as being dramatic because it was the last great temptation of Jesus and the beginning of his agony on the cross, but Gethsemane was also a time of dramatic and nearly catastrophic failure on the part of the disciples.

When Jesus took his eleven disciples—Judas was out betraying him—to the garden, he knew he was facing crucifixion.

Stop for a moment and think about that. Scourging, crucifixion, agony—those words may sound romantic to us, because they’re a part of someone else’s experience, they describe something that happened a long time ago, and they sound religious.

Stop and realize that these words describe horrific torture.

Cicero once criticized a senatorial colleague because he used the word “crux,” or cross, in connection with the name of a fellow Roman senator. Crucifixion was so terrible that the mere mention of it was considered despicable—completely unfit for polite society. Crucifixion was a punishment, a form of torture reserved only for those that the Romans wanted to make an example of.

Jesus knew he was facing this, and he took his most trusted companions with him when he went to the garden to prepare. The disciples didn’t understand what was coming the way Jesus did, but they knew something was afoot. They knew Jesus was upset.

Read more about the crucifixion in “Jesus of Nazareth, King of the Jews.”

Jesus took his three closest friends, Peter, James, and John, and separated them from the other eight. He wanted them to be closest to him while he prayed. He told them, “My soul is deeply troubled to the point of death; remain here and keep watch” (Mark 14:34). He walked a little ways away from them, but they could hear him.

They could hear him.

Think about that. The author of Hebrews wrote that Jesus “offered up both prayers and supplications with loud crying and tears…” (Hebrews 5:7). Luke wrote that Jesus was so distressed that the perspiration poured off of him and fell to the ground, as if great amounts of blood were flowing from his body. His disciples were only a short distance away—if they had paid attention they might have been able to offer him some comfort.

Instead of watching, they slept.

Jesus went back to his friends after a bit and found them fast asleep. His agony, loud and vigorous as it was, had not even disturbed their sleep. He woke Peter and implored him, “Could you not keep watch for one hour? Keep watching and praying, that you may not come into temptation; the spirit is willing, but the flesh is weak.” (Mark 14:37-38) The same thing happened three times—Jesus went to his friends, asked them to keep watch with him, and found them asleep.

Gethsemane is mentioned in all four of the gospels, and Matthew, Mark, and Luke emphasize how fully the disciples failed their master there. So traumatic was the disciples’ realization of their failure that the words Jesus said to them in the garden, “watch and pray,” are repeated throughout the New Testament. They show up in Hebrews 5, Colossians 4, Ephesians 6, in 1 Peter, and in numerous other places.

These words apply to us now. The disciples slept when they should have watched. Their story should remind us not to make the same mistake.

How do you resist the devil? Do what Peter told us to do: watch and pray. There is a sense in which a follower of Jesus is always facing a dangerous moment. You and I may slip into sin at any time—we must never cease to watch. Learn from the disciples’ mistakes, and pray so that you will not give in to temptation.

You can also read my previous blog, “Watch and Pray: The College Years.”

The previous was adapted by Rachel Motte from Dr. Sloan’s convocation address at Houston Baptist University on August 29, 2012. A video of his original presentation may be viewed here.